As Foreign Threats Rise & Our Unity Crumbles, Canada Must Abandon Our Pathological ‘Niceness’ 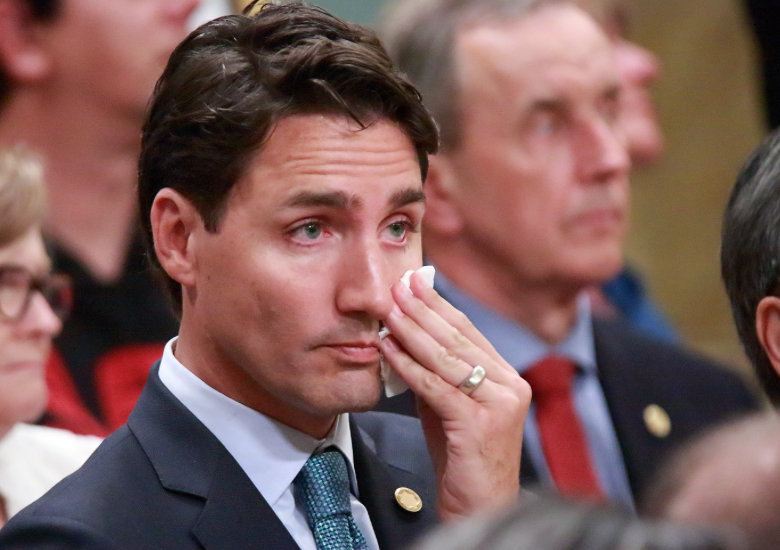 Being ‘nice’ is easy when things are going well.

When the world is safe and everybody is getting along, ‘niceness’ can serve as a way to keep things going as they are.

But at a certain point, ‘niceness’ turns into weakness, and an inability to confront reality or show strength when strength is required.

At a certain point, an obsession with ‘niceness’ ends up becoming almost pathological, and we’re seeing the consequences of that right now.

We’re too ‘nice’ to fight back against the foreign money that is trying to destroy our energy industry.

We’re too ‘nice’ to strengthen our armed forces and defend ourselves in a dangerous world.

And we’re too ‘nice’ to confront the rising threat of gang violence, lawlessness, and the immense flow of deadly opioids into our country.

Even as the damage adds up, it seems some people are desperate to hold onto the ‘nice’ image at all costs.

We are being played for suckers by far more ruthless competitors.

Other countries are expanding oil production and making more and more money from oil, while we allow foreign-funded groups to demonize our energy industry. This is leading to an unprecedented surge in our political divisions and raising the risk of Western separatism. We are the only country actually pretending that the rhetoric spewed out at the UN is actually real, and we’re crushing our own country in the process.

China is making fools of us, as our politicians are ‘celebrating’ China lifting bans on our exports of pork and beef, while failing to mention that China is only doing so because they have lost millions of pigs to swine fever. Meanwhile, they are still detaining two Canadian Citizens, and still banning our Canola exports. Yet, Canada has refused to retaliate, not even by banning Huawei, despite warnings from our allies that such a ban is necessary for national security. China has accurately surmised that Canada’s ‘niceness’ is weakness, and they’re taking full advantage of us.

Our armed forces are totally underfunded, and we have no real ability to defend our territory, even as threats in the North continue to rise with Russia, China, and other countries expanding their military presence in the region. As other countries modernize their air forces and invest in hypersonic missile technology, Canada is stuck with garbage planes that have been discarded by other countries. Some people apparently feel that having a strong military is ‘mean,’ and not the kind of thing a ‘nice country’ does.

And our criminal justice system has no real justice, and seems to only serve criminals. This is where we see the ‘niceness’ pathology the clearest, as Liberal judges and bleeding-heart politicians craft laws that punish victims, encourage lawlessness, allow gangs to flourish, and have caused a surge in gang-caused gun crime. And the solution offered by the fools in power is – instead of showing strength and confronting criminals – to take guns away from law-abiding Canadian firearm owners.

The fact is that we live in an increasingly dangerous and ruthless world. We have apparently forgotten that nations can break up and die, wars happen, bullying is often effective, and violence often achieves the goal of those employing it. Being nice in this kind of world is simply an invitation to be taken advantage of, and that’s exactly what’s happening to Canada.

That’s why it’s time for us to abandon our national obsession with ‘niceness,’ and embrace some toughness and ruthlessness. Otherwise, Canada may not make it.