Despite his deep unpopularity, Justin Trudeau has remained in power because of the weakness of his opponents. 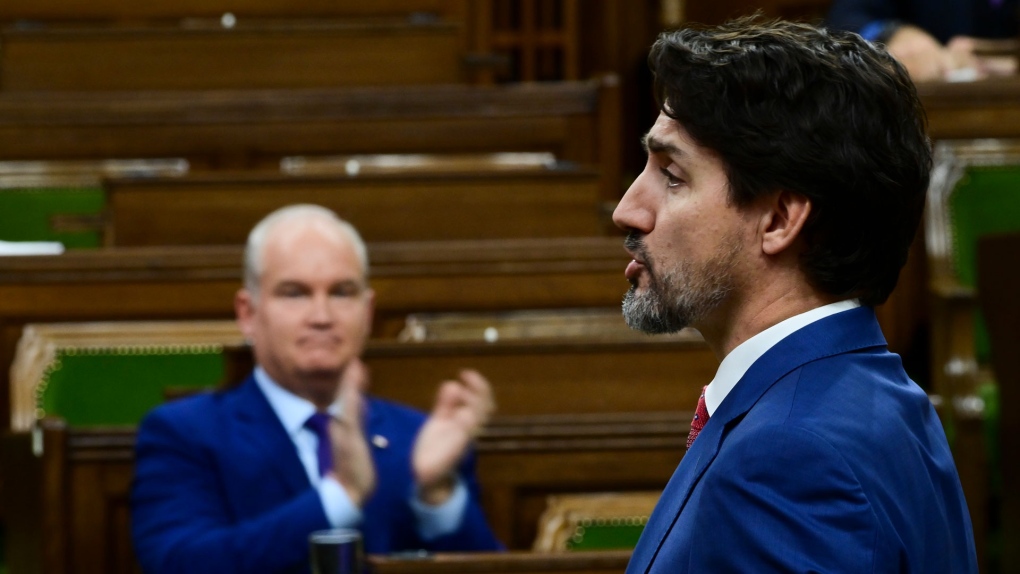 The Trudeau Liberal Party set to form government will be the weakest government in Canadian history when it comes to the popular vote.

This is not just an opinion, it’s a fact.

At 32.62%, the Liberals will form government with the lowest popular support of any ‘winning’ party.

Who held that dubious distinction previously?

Let’s give that some thought for a moment.

2 out of 3 Trudeau Liberal ‘wins’ ended up being the weakest in Canadian history.

That says much about Justin Trudeau, particularly that he is deeply unpopular, divisive, and is governing from a position of weakness.

However, it also says something about his chief opponents.

The Conservative Party of Canada won 29.63% of the vote in their first election as a unified party.

Those numbers belie the weakness of their 2021 performance, as the party won 5.75 million total votes, compared to 6.24 million in 2019. Only a drop in turnout caused their percentage to stay the same, as the overall voting electorate shrunk.

Thus, had the seat count gone differently and the Conservatives formed government with 33.74%, that also would have been one of the weakest governments in Canadian history.

When we consider that voter turnout dropped by nearly 5 points in 2021 from the previous election, and that both the Liberals and CPC dropped in both vote percentage and in raw vote totals, it certainly appears they both have a significant problem.

While Justin Trudeau has shifted the Liberals far to the left in terms of ‘wokespeak’ and a huge expansion in the role of government, the CPC has responded by increasingly abandoning conservative principles and instead resembling the ‘C corporation’ and trying to focus-group their way to power unmoored from anything vaguely resembling a core set of ideas.

Consider that after a year and a half in which the government printing press went into overdrive, the role of the state expanded massively, draconian restrictions on freedom were imposed, and yesterday’s ‘conspiracy’ theory became today’s reality, the CPC often had very little to say about what represented a fundamental reshaping of our day-to-day lives.

In effect, we witnessed rights we presumed were ironclad instead turn into privileges, that could be doled out and revoked at the whim of a politician, often without any logical justification other than raw political power.

In this environment, both the Liberals & the CPC severely misjudged the public, with the Liberals thinking they could easily exploit anger and division to win a majority, and the Conservatives thinking that evading clear principled positions would let them sneak into government.

Canadians responded by denying both parties what they wanted, clearly viewing Trudeau as unworthy of a majority, and viewing the CPC as unworthy of governing.

The fact is, it was organizations like the National Citizens Coalition, and Canada’s growing Independent Media scene that stopped Trudeau from getting the majority that most of the establishment media was ready to hand to him on a silver platter.

The misreading of the public mood by the main parties only goes to show how disconnected much of the political class has become.

In response to the election outcome, we have seen that disconnect deepen.

Most obvious was Trudeau skipping out on ceremonies to mark the inaugural Truth & Reconciliation Day, as he instead vacationed in Tofino.

He has also been speaking as if he won some sort of clear mandate, showing a complete disregard for the message Canadians sent him.

On the CPC side, the party appears lost, saying they are still ‘studying’ the draconian vaccine passport & mandatory vaccination program being imposed by the Trudeau Liberals.

Some are also advocating for the CPC to further abandon their base, which would represent a doubling-down on the approach that failed in 2021.

That kind of weakness & vacillation will only ensure the CPC loses more votes to the PPC, as millions of Canadians who are sick and tired of the endless restrictions, hypocrisy, and infringement on our freedoms search for those who will speak out, rather than wait for focus groups to tell them what they believe.

Where does this trend end?

Both the Liberals & CPC face the choice of renewal, or decline.

There is already a (very inorganic) campaign to push Chrystia Freeland as the replacement for Trudeau, which would put a new face on the Liberals’ radical expansion of government and embrace of Modern Monetary Theory. Still though, the fact that those conversations are happening goes to show Trudeau is veering closer to lame-duck status.

For the CPC, they face the choice to continue with the ‘stand for nothing, conservative in name only approach’, or to counter Liberal policies with the principles of limited government and more freedom for Canadians.

The choices both those parties make will determine whether they reconnect with Canadians, or whether their vote share will continue to decline as people look elsewhere for principled leadership.