By Threatening & Shaming Regular Canadians On Lockdowns Only To Completely Reverse Themselves For Political Gain, The Trudeau Government & ‘Health Experts’ Have Disgraced Themselves & Betrayed Canadians Trust 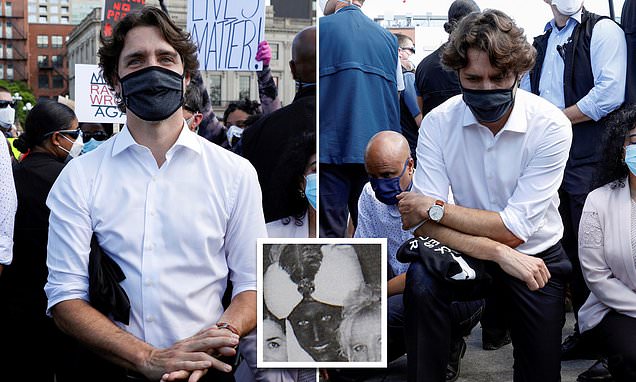 These have been some brutal months for our country.

First, the Trudeau Liberals allowed the coronavirus to spread through our borders and airports, seeping into the rest of the nation.

Then, they pushed for a lockdown that they said was necessary to ‘save lives.’

We heard it over and over again:

They threatened anyone who dared violate it, casting regular Canadians as selfish for wanting to go to the park, hang out with a few friends, or try to keep our businesses open.

The shame was piled on high, with the ‘experts’ saying anyone who didn’t listen would be ‘killing the elderly’ and putting lives at risk.

Ontario’s Premier Doug Ford even called those opposed to the lockdowns “a bunch of yahoos,” apparently not realizing or caring that many of them were his own supporters, and were good people with good points to make.

The restrictions were ironclad, with people facing massive fines for things like rollerblading or refusing to follow ‘social distancing guidelines.’

The price we paid for this was immense.

Thousands of people died alone, without their family or anyone else with them at their final moments.

Families were unable to grieve properly, as bans on funerals and religious services compounded the pain and suffering of losing a loved one.

Businesses were decimated, particularly small business who had to wait and wait and wait for support while big companies and banks got bailed out almost instantaneously.

But you see, all of this was “necessary” we were told.

Our leaders were “guided by the science.”

But then, the science changed.

A new report came out in a highly respected medical journal that revealed the Coronavirus only targets people who are protesting politically incorrect causes.

In a shocking finding, it turns out that those who protest in a way that politicians and the establishment press approve of were in fact immune to the virus.

As a result, social distancing rules weren’t needed for politically correct protests, since COVID-19 picked victims based on politics, showing a remarkable and previously unseen level of intelligence for a spreading virus.

Of course, that’s not at all what happened.

We know that a virus doesn’t care about politics or any human idea.

Yet, the Trudeau government, and many of the so-called ‘experts’ acted exactly as if that was the case.

They undertook a stunning reversal, switching from denouncing any questioning of lockdowns to encouraging and even participating in huge rallies in the downtowns of major cities.

Think about this for a second.

People were shamed for trying to reopen small local businesses.

People were shamed for going to the park.

People were shamed for wanting to see their loved ones in their final moments.

People were shamed for wanting to attend religious services.

People were shamed for wanting to attend funerals.

And then, after all of that, people were literally encouraged to move from disparate locations around cities, gather together in a central area, and then go back out into their communities, something that is far more dangerous in terms of spreading a virus than any of those things I mentioned above.

Now, I don’t have a problem with the protests. In fact, I think we all agree that what happened to George Floyd was horrendous, and people are rightfully outraged and have the total right to express that outrage through peaceful protests.

The issue is the hypocrisy of politicians like Justin Trudeau and the ‘experts.’

They encouraged and participated in something that completely goes against what they were telling everyone else.

And they did so based on politics.

They ‘felt’ that this cause was worth ignoring the warnings.

But you can’t make decisions based on politics and then claim to follow the science. It’s one or the other.

What they have revealed is that lockdown enforcement is selective, and is based on how popular the people protesting happen to be among the political class and the establishment press.

It’s not about science, it’s about politics.

And this casts extreme doubt on everything that has happened previously.

How can we trust any decisions that were made?

How can we trust any of the advice we were given?

How can we trust any official who claims in a few months that there is a ‘second wave’ and we all need to stay inside?

The Canadian People made tremendous personal and financial sacrifices, listening to leaders who called on us to sacrifice the economy and our own connection to our loved ones ‘for the greater good.’

That trust was given in good faith, that those telling us to make these huge changes were doing so based on a sincere desire to help.

Now, that trust has been lost.

We’ve been betrayed, deceived, and tricked.

Those in power, particularly those politicians and ‘experts’ who so quickly and hypocritically reversed everything they previously said, have made it impossible for people to put faith in the government when they ask for anything big ever again.

Simply put, the elites cried wolf too many times, and when the next crisis hits, nobody will be willing to listen.

Instead, we will need to trust our own wisdom, trust those close to us, and ensure that we look after ourselves and our loved ones, because we sure as hell can’t trust the government to do that.