The Liberals Are Afraid Of You 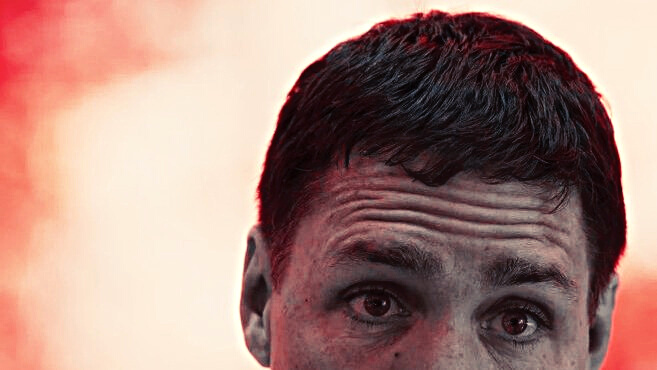 That sums up how the Liberals view Canadians who dare to disagree with their worldview.

While governments should ‘fear’ their Citizens to some extent, it’s better to think of it in terms of ‘respect.’

The government should respect the fact that they serve the public, and are not supposed to rule over them.

They should also respect the fact that the government represents a very small proportion of the population, and that they are supposed to maintain power through the tacit consent of those they govern.

However, history shows that when governments stop respecting the power of the citizen, but instead fear those who oppose them, things can head in a very dark direction.

And when contempt is added to the mix, it’s even worse.

When trying to ascertain where the Trudeau Liberals are trying to take the country, it’s important to look at the foundations of Justin Trudeau’s worldview.

Clearly, he was heavily influenced by his father, someone who continuously expanded the power of the state.

Justin Trudeau’s father was well known as a Communist-sympathizer, being a big fan of both Fidel Castro and Communist China.

Note, the version of the CCP that existed in Pierre Trudeau’s era was even more brutal than the CCP as it exists today. At the time, it was not far removed from the time of Mao’s Great Leap Forward, a government-imposed ‘reshaping of society’ that led to roughly 45 million deaths.

To look at that, and still be a fan of the Chinese Communist Party, is to show a deep ideological commitment to authoritarian socialism and a deep aversion to human freedom.

Trudeau also sought to move Canada closer to China’s orbit, only giving up on that when public opinion – and a subtle revolt among some backbench Liberals – rendered it politically unfeasible.

We can see how the authoritarian socialism that Trudeau praised in China (and let’s not forget his fawning eulogy for Fidel Castro), lines up with the fear and contempt he and the Liberals have for many Canadians.

The Liberals continuously target the same individuals that authoritarian socialists and communists have targeted:

Historically, those are all groups that the far-left has targeted when given the opportunity.

We only need to look at how the Liberal approach to Covid was modelled after the approach taken by Communist China, and how both the Liberals and the CCP have been largely unwilling to move on.

While the Liberals are more constrained than the CCP by the fact that Canada maintains some freedoms, do we have any doubt that they would be far more severe if they could get away with it?

Remember, the moment he feared losing the 2021 election, Justin Trudeau used very divisive and disturbing rhetoric (especially disturbing when seen in a historical context), and purposely sought to direct hatred and blame towards those who resisted draconian state orders.

Since then, the Trudeau Liberals – even in the face of criticism by a few courageous Liberal MPs who were quickly ‘put back in their place’ – have almost gleefully abused their power, purposely creating an ‘Us vs Them’ narrative designed to pit Canadians against each other.

At the same time, they’ve continued their efforts to gain control over social media, silence dissenting views, and turn the establishment media into an extension of the state propaganda apparatus.

This is all being done because they fear those who have the intelligence and strength of character to see through their agenda.

They fear you, and have contempt for you.

Think for a moment about what the Trudeau Liberals demand from you:

They want people who will eat up whatever propaganda they are offered.

They want people who will easily fall into the trap of hating their fellow citizens rather than seeing how the government is taking our rights and freedoms.

They want people who are willing to give up hard-fought rights for the myth of safety.

And most of all, they want people who will submit to whatever the state demands, rather than pushing back.

This means that if the Liberals have contempt for you, if they fear you, then you are the opposite of what they demand.

And that is something to be proud of.

It means you have the courage to adhere to your core principles even under intense media/state pressure.

It means you can see how important our rights and freedoms are.

And it means you are able to maintain your focus on how governments are abusing their power against us, even as they try to cast blame everywhere else.

The more you show your strength and your courage, the more other Canadians will find it within themselves as well.

That is what will enable us to continue turning the tide against those who seek authoritarian power over us, and it is what will make it possible for Canada to return to the values and principles that built our nation.