With Conservatives Fully United Behind Pierre Poilievre, Expect An Escalated Campaign Of Brutal Division From The Liberal State Media 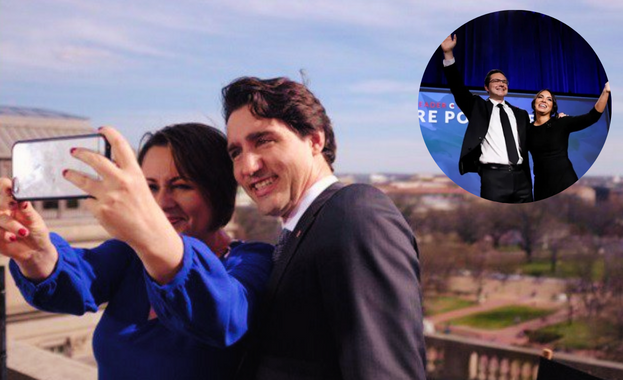 With their preferred option having been soundly defeated, the Liberals and the state-funded media are now more desperate than ever.

The Liberals had clearly been hoping that the Conservative Party of Canada would emerge from their leadership race either deeply divided, or led by someone who would push the party towards the left.

Instead, Pierre Poilievre ran on a principled Conservative vision, advocating for limited government, individual freedom, fiscal responsibility, and getting the state out of the way of Canadian prosperity.

He was rewarded with a massive victory.

Nobody else was even close.

Poilievre won despite the relentless efforts by the establishment media to try and demonize him in the most unhinged and absurd ways.

The Conservatives are now the largest political party in Canadian history in terms of memberships, and Pierre Poilievre won more votes than anyone ever has in a Canadian party leadership contest.

As a result, Canadian democracy has been strengthened and renewed.

True democracy requires voters having a real choice. The previous leftward shift of the CPC risked leaving Canadians without that choice, as we could have been presented with three statist, big government parties.

But now, there will be a real and clear choice.

A choice between the increasingly authoritarian Liberal-NDP socialist coalition, or a Conservative Party that is now firmly in support of defending the rights and freedoms of Canadians.

This is exactly the scenario Liberal media has feared the most.

They will now be forced to actually defend their radical ideology, and be held accountable for the ongoing damage they are doing to our nation.

And that means we can expect politics in this country to descend to a new level of ruthlessness and brutality.

Already, the unhinged radicals are attempting to brand Poilievre as a ‘white supremacist.’

The Liberals are expanding their gaslighting by pretending the last 7 years didn’t happen and reverting back to their original ‘hope and hard work’ messaging, even as their regime media acolytes unleash extreme rhetoric against Poilievre.

We must clearly understand what is about to take place, and why:

The establishment press is deeply reliant upon the Liberals being in power.

The Liberals being in power gives the establishment access to a massive amount of taxpayer money.

That money will evaporate if Pierre Poilievre becomes Prime Minister.

Poilievre opposes internet censorship legislation, so if he wins the next election the establishment press will be forced to keep competing against independent media – a competition they are currently losing.

And let’s also remember that for many years, once-trusted establishment media outlets have been hollowed out and taken over by radical, far-left activists, many of whom have an ideological hatred for anyone to the right of Mao & Stalin.

Both Justin Trudeau and Jagmeet Singh have also repeatedly expressed sympathy towards Communist ideology and Communist dictatorships in the past.

All of this means that a highly organized, and radically extremist combination of the far-left government and the far-left media are going to be doing everything they possibly can to keep the Conservatives from gaining power.

We should expect that they will stop at nothing to maintain their grip on the state and their control over our taxpayer dollars.

This means that even the current high-level of negativity in Canadian politics is merely the beginning.

Amid all of this, freedom-loving Canadians will need to be strong and resolute in order to effectively fight back, and to make it clear to all Canadians that Canada can only achieve our full potential if our country rejects the divisive extremism of the Liberals and the establishment press.

History shows that freedom is the greatest force for human advancement, and we must ensure that freedom prevails.