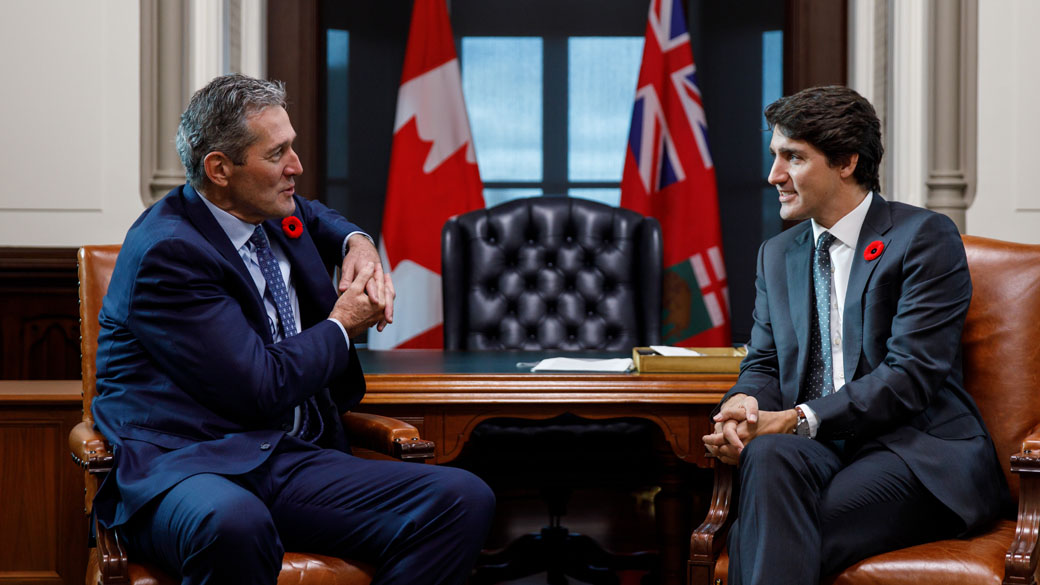 There is a narrative setting in, pushed by much of the media and opportunistic politicians, and it goes a little something like this:

‘The COVID-19 crisis shows the importance of government authority, since government action is what will get us through it. Government was there every step of the way, providing financial support to families and businesses, providing resources in the healthcare system, imposing restrictions for your own good, and keeping our society functional during this time.’

This narrative will be very compelling for many, and will feel truthful to many Canadians.

It is also completely wrong, and quite dangerous.

It’s wrong because a real look at what has taken place has shown a recurrent pattern throughout this entire crisis:

The government fails to use their traditional power, then responds to that failure by demanding more power, which leads to further failure, and further demands for more power.

And that’s also why it’s a dangerous narrative, because if it takes hold, it will usher in an era of expanded government power and centralized control beyond anything we have seen before.

It is for that reason that we must begin to fight back against this narrative as soon as possible, and the facts are on our side.

Let’s go through this whole thing step by step.

First, the government had been warned in December that there was a serious risk of a virus emerging from China.

They had previous, existing authority in place to protect the country, including the pandemic warning system, and border controls.

They failed to use either effectively.

The pandemic warning system was dismantled.

And the government spent months telling us that border controls wouldn’t work, and were discriminatory.

Of course, the facts show otherwise. As noted in the Wall Street Journal, Norway and Finland have kept cases low, and largely avoided lockdowns.

How did they do it?

But in Canada, we didn’t get those border controls, not until it was far too late. Most of our ‘leaders’ spent months talking about racism and discrimination instead, an actively campaigned against them.

Once they were finally put in place, the virus was already spreading within the country.

Then, came the issue of screening at airports, another long-time federal responsibility.

The screening was haphazard and even a week after the federal government claimed it was in place, it really wasn’t, forcing provincial governments to step in.

So, we have the two initial failures of the government to use their existing, traditional authority, failing to secure the border and failing to implement proper airport screening.

And to this day, many flights are still coming into the country. And many on those flights are designated as exempt from quarantine.

Now, lets move on to the next part, when the government used their authority to send out money to people after ordering shutdowns.

The initial lockdown was broadly supported, because it was uncertain how deadly the virus would be (some were estimating 5% of all infected could die at the time), and because we were told these were short-term, temporary measures to buy time for the healthcare system, and most importantly, to secure the most vulnerable.

The government did the right thing by sending out money to individuals and businesses, though the rollout of the business program was chaotic and many didn’t get the support they need.

However, sending out money is one of the easiest things for the government to do, and if they order lockdowns that take away your job or destroy your businesses, giving you money as compensation is literally the least they can do.

Here is where we get to yet another failure of government authority.

In many provinces, we saw a dip in cases that lasted for months, largely due to seasonal factors.

This time of reduced cases gave provincial governments months to develop a plan to protect long-term care homes, where by-far the most deaths have taken place.

They had months and months to come up with a plan, which could have included rapid testing, advanced temperature screening at every facility, additional hiring of staff to prevent people from working at multiple facilities, large-scale stockpiling of PPE, increased financial support for care home staff salaries to make it easier for them to stay home when not at work, distribution of Vitamin D to all locations, emergency-use authorization for experimental treatment of those near death, expanded wings of care homes to protect those who were not infected from those who were – rather than housing them all in the same room which has often happened and spreads it to everyone, and more.

With nearly limitless resources – considering the immense amount of spending we’ve seen – it is inexcusable that this was not done.

Instead, when the second wave hit – which they had claimed to be prepared for, long-term care homes were once again absolutely ravaged.

It seems nothing had been done to secure them, and deaths have piled up in those places again.

In response to this yet further failure of government authority, politicians – including many ‘conservative’ politicians who should know better – have responded with complete arrogance, chastising the public in tones reminiscent of feudal lords, not elected officials.

They have not apologized for their failures, they have instead lectured the rest of us.

Then, they compounded their failure by imposing lockdowns once again.

And, while they claimed to be following the science, they have been imposing arbitrary restrictions, with many small businesses being decimated (despite following all the rules), while hundreds are packed into internationally-owned big box stores that are allowed to remain open.

Every single time the politicians fail to effectively use the power they already had, they respond to their failure by becoming more arrogant, more power-hungry, and centralizing control even further.

As we can see, this crisis has largely represented a total failure of government, with politicians often making things worse and showing themselves simply unable to manage or deal with the complexity of their provinces and the nation.

Imagine if we had a smaller government that was laser focused on a few core areas of traditional government authority, such as the border. We could have achieved what many other countries achieved, stopping the virus before it got into the country or mostly minimizing cases, while preventing lockdowns and reducing damage to the economy.

Imagine if we had a smaller government that had focused on pandemic preparedness, rather than trying to fix every problem around the world. We would have had a stockpile of PPE ready to go, and we could have quickly shifted resources where they were needed.

We have witnessed a clear failure of government during this crisis, and giving more power to politicians after all we’ve seen would be insanity.