The Spectre Of Inflation Is Haunting Canada

We are being led down a disastrous path 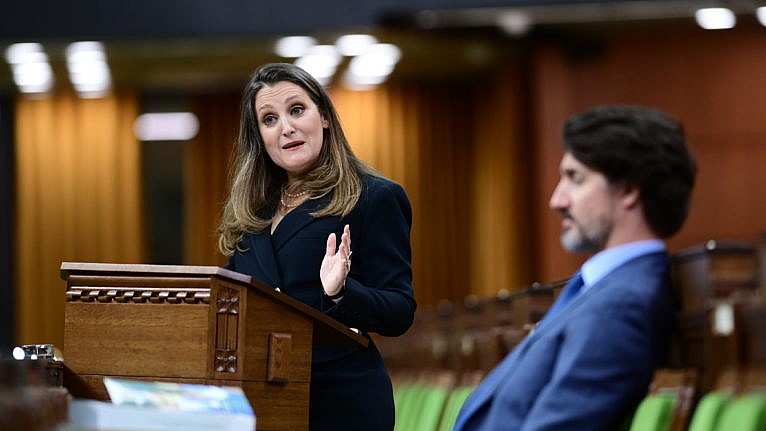 “Those who forget the lessons of history are doomed to repeat them.”

Unfortunately, that saying applies to Canada in a big way.

The Trudeau government is embarking upon an experiment in ‘Modern Monetary Theory,’ the idea that printed money (or money created on a computer from thin air) can be used to finance endless debt and deficits almost without limit.

Of course, as Pierre Poilievre noted in a recent speech in the House of Commons, ‘Modern Monetary Theory’ is in reality a very old idea, an idea that has been repeatedly discredited.

Time and time again, rulers have sought to ‘spend and print their way to prosperity,’ trying to have it all by debasing the currency to create the illusion of wealth.

Often, it works for a very short time, as the psychological boost of an increase in the money supply generates a perception of actual wealth creation.

However, that short-term boost comes with medium-term and long-term consequences that vastly outweigh any initial benefit.

Of course, you already know what that consequence is:

Economics is often referred to as a science, yet it is often subjective. After all, there are so many different views among those who call themselves economists that much is still up for debate – debates that have been raging for hundreds of years.

That said, there is no debate about the law of supply and demand.

So, when governments rapidly increase the supply of money without a corresponding increase in the supply of goods, prices go up as the value of each individual unit of currency erodes.

In this way, the money a free-spending government injects into the economy is simply inflated away.

Intuitively, this makes sense. True economic growth is based on productivity, being able to produce more efficiently. If productivity doesn’t increase, true growth does not take place, no matter how much fiat money is created out of nothing and thrown at the public by the state.

And lo and behold, inflation is now hitting Canada:

“Wait! What? Inflation? When I warned central bankers Poloz & Macklem of inflation a year ago, they said we’d have ‘disinflation’. Now, they are shocked their money-printing drove up prices.” (Pierre Poilievre, on Twitter)

As noted by BNN Bloomberg, the Bank of Canada sees inflation rising ‘above their target’:

“The Bank of Canada sent out a warning to investors this week that inflation still matters.

In a surprise move, it accelerated the timetable for a possible interest-rate increase and began paring back its bond purchases on Wednesday. That made Canada the first major economy to signal its intent to reduce emergency levels of monetary stimulus.

It’s a turn in policy by Governor Tiff Macklem that shows there’s a limit to how much he’s willing to test the upper boundaries of inflation, with new forecasts showing the central bank expects the biggest persistent overshoot of its 2 per cent target in at least two decades. The question is whether Canada’s situation is unique, or foreshadowing the start of a global exit from stimulus.”

Of course, this is only a ‘surprise’ to those who thought reality had been suspended.

Money has been dumped into the system at a record pace.

The housing market absurdly rose even as the economy cratered last year.

This all speaks to an economy that has become untethered from reality, and that tether always snaps back, whether people like it or not.

Canada is awash in debt.

All through the roof, and continuing to surge.

We’ve traded a ‘growth economy’ for a ‘debt economy.’

A combination of higher taxes, restrictions on development and growth (carbon tax, anti-energy sector legislation), and the erosion of high-value jobs has turned our economy into a house of cards that is only sustainable with rock-bottom interest rates, something that cannot last forever.

Rates must rise, deficits must fall, and debt must be repaid.

This will cause significant hardship for many people, but that cannot be avoided.

Trying to evade this reality by printing money only makes things worse, because it makes most Canadians poorer and erodes the purchasing power of those who are working hard and earning a paycheque.

The only way to truly and effectively mitigate the impact of the inevitable rise in interest rates and the reality-enforced fiscal responsibility that Canada needs, is to lower taxes, reduce government spending, and let creativity and innovation flourish in the Canadian private sector.

We also need a return to sound money, giving people the assurance that their work will translate into earning something that maintains value, rather than having their effort stolen away from them through the deceptively hidden ‘Inflation Tax.’

The longer our country tries to evade reality – and the Liberal budget is perhaps the most-reality evading budget in Canadian history – the more we will be led down a path that ends in financial disaster.