Following The Disgusting Mistreatment Of Vice-Admiral Norman And The Horrible Snub Of Families Of The Fallen, General Jonathan Vance Must Be FIRED

Vance seems less like a leader of the military and more like a stooge for Justin Trudeau. 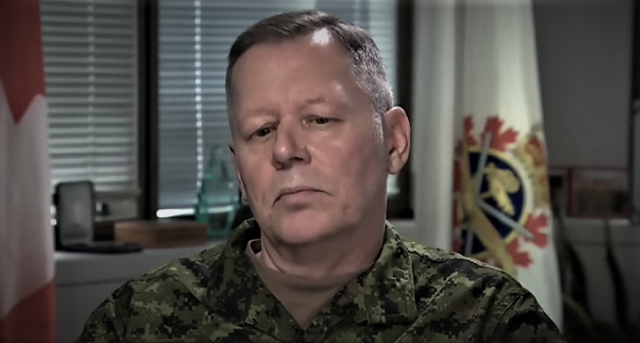 We all saw General Jonathan Vance – chief of the defence staff – throw himself under the bus on behalf of Justin Trudeau.

Vance claimed that the decision to suspend Vice-Admiral Norman was made only by Vance, and that the Trudeau government had nothing to do with it.

The claim was very conveniently timed, as Trudeau was facing intense criticism at the time.

Yet another ‘interesting coincidence.’

And now, Vance is part of yet another controversy.

This time it’s about the families of Canadians who lost their lives in the Afghanistan war.

The government recently held a ‘ceremony’ to dedicate the Afghanistan Memorial in Ottawa.

However, only elitist government officials, including Vance, were invited.

Meanwhile, the families of the Canadian soldiers who lost their lives in Afghanistan were not invited.

They were snubbed, in what is an appalling and disgraceful move.

This is yet another stain on General Vance’s record.

His tenure has consisted of failing to meaningfully build up the military, denigrating the military as being full of internal problems nearly every time he talks about it, treating Vice-Admiral Norman like garbage, doing Trudeau’s dirty work, and now participating in a disgraceful snub of military families.

All of that should add up to one thing: General Jonathan Vance should be fired.

If Scheer wins, Vance must be removed.

To the contrary, he has rewarded Vance, sending a message that Vance’s endless failures are somehow successes and deserve to be met with a big raise.

That leaves it to Andrew Scheer to ensure Vance is removed.

If Scheer wins the next election, he needs to fire Vance, and replace him with someone who will actually work to build up Canada’s military and respect Canadian Military Families.

And while some will say that Scheer shouldn’t interfere in that way, the reality is that Canada – like all democracies – has civilian control over the military, and if elected PM, Scheer certainly has the right and responsibility to ensure that the military has strong and effective leadership.

For any institution to succeed, especially an institution as seriously neglected and underfunded as the Canadian Forces, failure must be punished and those who fail must be replaced with those who can succeed.

Vance has failed. He must be fired.