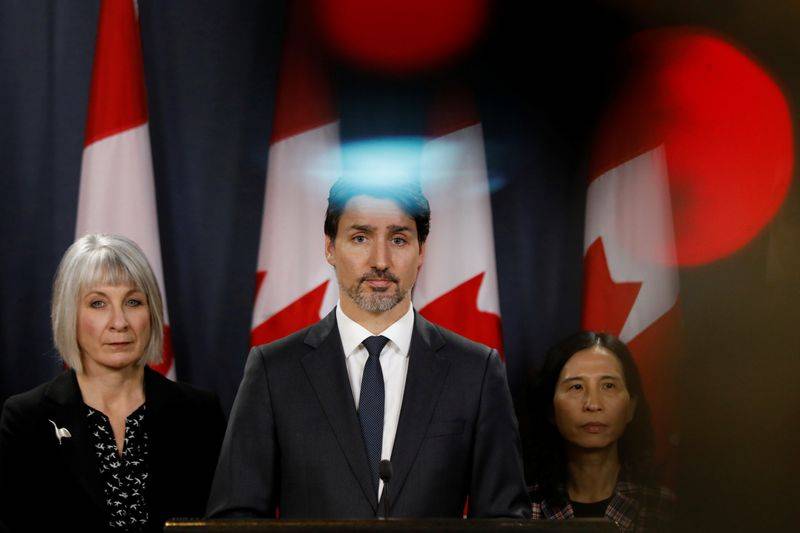 There are times when leaders and government officials should focus on people’s feelings.

For example, consoling those who have lost loved ones, inspiring a nation to new heights of achievement, and showing hope amid dark times.

Yet, there are moments when focusing on feelings is not only ineffective, but is downright counterproductive and dangerous.

And the lead up to the spread of the CCP Coronavirus in Canada was certainly one of those moments.

Since January, it was increasingly clear that something horrendous was occurring in China.

Chinese government officials were terrified by what they were seeing, locking down entire cities and provinces.

Reports of people being locked out of their apartments to die in the street, being locked into their homes to die inside, and incinerators running 24 hours a day made it even more obvious that a crisis of immense proportions was taking place within the Communist State.

Of course, none of that had to happen.

If the Chinese Communist Party hadn’t jailed, punished and threatened doctors and journalists in Wuhan, and then lied to the world for weeks, the virus could have been contained.

Thus, the CCP victimized both the Chinese people, and now, the entire world.

But once it was spreading within China, there was still time to stop it from getting into Canada, or at the very least slow it down immensely.

That time was wasted.

And it was wasted because ‘leaders’ like Theresa Tam and Patty Hajdu were focused on feelings, not facts.

In late January, Theresa Tam was worried about ‘stigma,’ ‘discrimination,’ and ‘racism.’ She was concerned about an ‘Us Vs Them’ attitude. She said, “Canada is a country built on the deep-rooted values of respect, diversity and inclusion,” while publicly opposing travel bans on China.

To sum it up, Tam was worried that people flying into Canada from China would have their feelings hurt by Canadians calling for travel restrictions and quarantine measures.

Patty Hajdu was no better. She repeatedly denounced the idea of travel bans, and claimed mandatory quarantines couldn't be enforced. She also mentioned the WHO recommendations, saying "some of them really do speak to the need to support weaker countries that do not have the same integrated systems that Canada has and to preventing the misinformation that is leading to racism and stigmatization of so many Chinese Canadians and other people of Chinese descent around the world." So, just like Tam, Hajdu was worried about people's feelings.

Meanwhile, the facts were being ignored.

Chief among those facts is the reality that some countries – like Taiwan – took strong border, quarantine, and screening measures immediately, including restrictions on travel from China.

Rather than focusing on feelings, Taiwan focused on the facts, those facts being that a virulent and deadly virus was spreading within China and threatened the world.

In Canada, we got more and more political correctness imposed on us, even as the virus spread out of control.

For weeks, nearly all of Canada’s Coronavirus cases were ‘travel related,’ and those cases were initially seeded by travel from China.

Yet, during those same precious weeks, Tam and Hajdu remained focused on feelings above all else, fighting ‘discrimination’ rather than fighting for the health, safety, and security of the Canadian People.

Of course, you know very well that a virus doesn’t care about feelings. It doesn’t care about virtue-signalling or political correctness. All it cares about is spreading from one host to another, replicating itself with rapid speed.

And that’s what has happened in Canada. More and more of our cases are a result of ‘community transmission,’ and Tam & Hajdu are now forced to respond to the undeniable fact that Canada’s window to slow the entry of the virus into our country was missed.

Unfortunately, while the feelings over facts mindset of those like Tam & Hajdu may be just a mild annoyance in normal times, it has serious consequences – even deadly consequences – in a crisis.

There is a certain level of objectivity and even ruthlessness that is necessary for dealing with a crisis, and particularly in stopping a crisis from becoming a catastrophe. It would have been seen as ‘excessive’ to restrict travel from China in January, and it would have been seen as overly ruthless to shut Canada’s borders early as Coronavirus spread, yet those ‘excessive’ and ‘ruthless’ decisions would have saved many Canadian lives, and possibly spared our economy from some of the immense devastation we’re seeing all around us.

Toughness and ruthlessness early on (in the service of the Canadian People) would have led to a less stringent government response later. As we’ve witnessed, some of the countries with the toughest early response now have among the fewest limits on freedom, because the crisis was checked at the beginning.

As we go through this national crisis, and seek to protect our nation, we will need to re-evaluate our leadership at all levels, realizing that we simply can’t afford to have politically correct-obsessed people like Tam & Hajdu in charge when big decisions need to be made.