Emergencies Act Inquiry Reveals The Trudeau Government Wanted A ‘Canadian January 6th,’ And Were Disappointed Not To Get It… 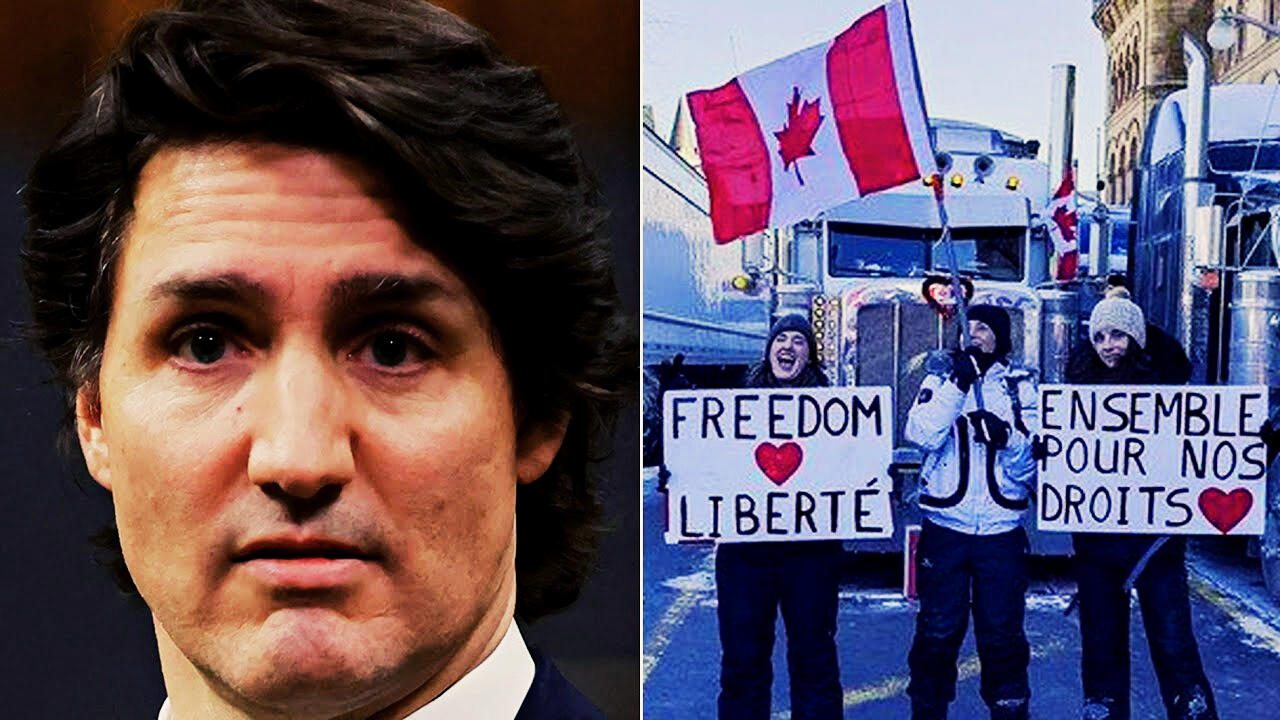 The Liberal government has repeatedly expressed total confidence that Justin Trudeau’s invocation of the Emergencies Act was justified.

But that confidence has been belied by their flailing attempts to justify using the act.

And now, the Emergencies Act Inquiry is revealing a government that was quite frankly itching for an excuse to abuse their power, and was fine with searching for flimsy and retroactive reasons to do so.

While opponents and supporters of the government will both generally see what they want to see from the inquiry, filtering everything through a partisan lens, there is one consistent thread running through the testimony:

The federal government was clearly looking to brand the Freedom Convoy as a threat, yet the reality of the Convoy failed to match up with that desire.

For example, Ottawa Mayor Jim Watson’s chief of staff told Public Safety Minister Marco Mendicino that it was “spectacularly ridiculous” for the government to “denigrate” protestors and say “dialogue is imposable” (sic) even as the city administration was called upon to speak with protesters and reduce tensions.

This fits with what many people were noticing at the time: The Liberals seemed to be goading Freedom Convoy participants into more and more aggressive action.

Along these lines, you can see that the Liberal government became increasingly annoyed that the protestors were not obliging the narrative in terms of violence and danger.

So, we started to see made-up claims.

Claims were made that the Convoy was violent towards the public, but those claims were later debunked.

Claims were made that a Convoy participant tried to burn down an apartment, yet that claim was also debunked. Notably, Ottawa Police made it clear this was not the case, yet multiple politicians – including Marco Mendicino and Catherine McKenney repeated it over and over again.

It has also been revealed that the Liberal government knew there were negotiations between the City of Ottawa and the Convoy the day before the Emergencies Act was imposed:

What becomes abundantly obvious is the Liberals simply didn’t want an amicable end to the Freedom Convoy. Instead, they wanted a “Canadian January 6th.”

Before the Convoy even arrived in Ottawa, you surely remember all the breathless media reports talking about how this would be “Canada’s January 6th,” even though those two events were about completely unrelated issues.

It was a combination of propaganda – designed to link the Canadian protest with an unpopular event in America – and the same tired and lazy thinking that we often see in Canada where people can’t look beyond the country next door and assume everything we do here must be a copy of our friends to the south.

The Trudeau government wanted a political ‘win,’ regardless of the damage to the country. Just as they politicized vaccination status by demonizing unvaccinated Canadians and imposing mandates to try and win an election, they wanted the Freedom Convoy to descend into violence.

They tried to will a “Canadian January 6th” into being.

If that had happened, they could have then tried to pass even more onerous anti-free speech legislation, and cast the political Opposition as a danger to the nation, thus delegitimizing their opponents.

It’s the kind of thinking that many anti-democratic governments have used to expand their power at the expense of individual freedom: Hype up and escalate an internal threat, and then use that threat to stun the public into accepting what they would normally see as beyond the pale.

So, when the Convoy arrived the Liberals did everything they could to ensure negotiations would fail, and tried to provoke the Convoy by insulting and demonizing the participants.

It is a testament to the strength, resolve, and conviction of protestors and that they didn’t fall for the Liberal trap.

And when the Liberals saw that the Convoy wasn’t going for the bait, they decided to use their final escalatory move:

But again, this failed to provoke the Convoy into violence.

And now, the Liberals find themselves yet again flailing.

In essence, the Trudeau government has been reduced to arguing that the unpleasantness of some interactions between Ottawa residents and the Convoy justified using Emergency powers, even though that ‘explanation’ falls far short of the bar for invoking the Act.

While there is more testimony to come, what we’ve heard so far doesn’t bode well for those who have defended the actions of the Trudeau Liberals.

With explosive OPP cross-examination now showing there was no intelligence that indicated the Freedom Convoy met the legal threshold to invoke the Emergencies Act, it's looking less and less likely that the federal government will be able to account for this historic abuse of power.