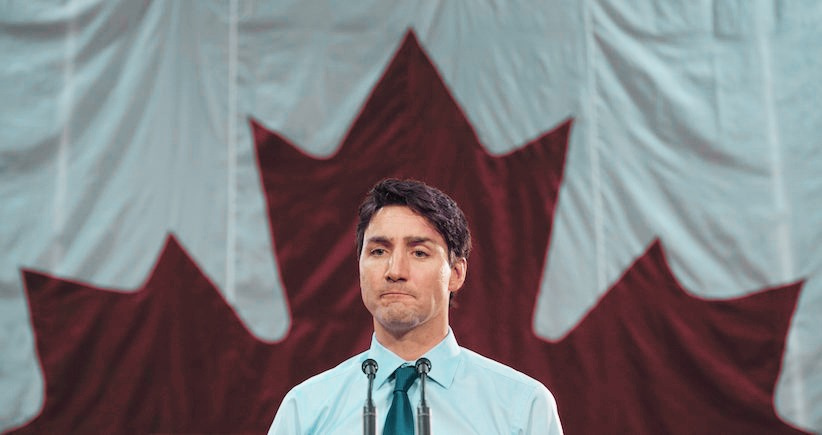 Over the past week or so, two seemingly disparate events have demonstrated a larger trend.

First, the Trudeau government attempted to exploit the heckling of a cabinet minister in order to change the channel on the Laith Marouf scandal, yet failed to do so.

And second, the Jean Charest campaign made a strange decision to ridicule CPC frontrunner Pierre Poilievre over the ingredients in Nanaimo Bars.

What do these things have in common?

Both demonstrate the increasing desperation of those who are shocked to find that they no longer control the narrative.

Obviously, someone getting close to a group of people and yelling profanities at them is not good behaviour.

With that said, the Trudeau government clearly attempted to exploit the incident, to try and further divide Canadians, put their opponents on the defensive, and distract from their own scandals.

Additionally, the Trudeau Liberals failed to acknowledge their own role in contributing to the rising level of anger among Canadians.

In that same week, Liberal MP Chris Bittle insinuated that Michael Geist – a law professor at the University of Ottawa who has regularly written about the danger of online censorship – was racist for wanting government ministers to be accountable for our tax dollars being given to Laith Marouf.

Under pressure, Bittle apologized, but has since seemingly taken it back claiming he was ‘bullied’ into making his vile Tweet against Geist.

That’s the kind of ‘inclusiveness’ and ‘unity’ the Trudeau Liberals specialize in: Inflame anger, and then blame everybody else.

It usually worked for them, as the acquiescent establishment press helps them to get away with it.

Thanks to Canadians expressing themselves on social media, the pressure on the Liberals regarding Laith Marouf hasn’t gone away, and in fact only intensified. Every time a Liberal MP made a remark about Freeland being accosted, the replies were filled with people demanding they speak about why the government funded someone who has said so many vile anti-Semitic things.

And, after attempting to focus attention elsewhere, many Liberal MPs did indeed start issuing statements distancing themselves from Laith Marouf and condemning the decision to hire him. Even Justin Trudeau finally – after a disgraceful and unacceptable delay – spoke on it briefly.

This would not have happened until recently.

Previously, the Liberals would have gotten away with their attempt to change the channel and would have successfully washed their hands of their divisive past.

Thus, it’s no coincidence that they are planning to push even faster for internet censorship legislation. It’s a sign that they know their narrative control has slipped away, and they are desperate to get it back.

Speaking of desperation, that brings us to the Charest campaign.

CPC frontrunner Pierre Poilievre recently posted a video in which he spoke with a woman in Nanaimo BC who makes Nanaimo bars.

In the video, they discussed how the skyrocketing price of food has made it more and more difficult for businesses, and how all the ingredients in Nanaimo bars are becoming less affordable.

In short, it’s the kind of discussion nearly every Canadian has been having as we watch prices go through the roof.

Yet employees of the Charest campaign responded in the most tone-deaf way possible.

Nothing about the struggles people are facing.

No empathy or respect for a struggling small business owner.

The response to the comment was – as you would expect – quite negative, similar to the backlash that followed Charest putting freedom in scare quotes and saying there are “more important” issues.

The Charest campaign has been predicated on a model of the country and media landscape that no longer exists.

They tried to use the old Liberal-style tactics of demonizing other supporters as ‘extreme,’ even calling for ‘disqualification’ when things have been said that upset a few elites.

But, just as the Liberals couldn’t get away with changing the channel on the Laith Marouf scandal, hyper-critical Conservative campaigns have been unable to distract from a fundamental disconnect with a growing CPC base.

That has left certain campaigns flailing to the end, trying to score points on items such as food ingredients with little else to talk about.

When we consider all of this, it is important to realize that any shift in power looks chaotic and divisive when it is happening.

Those who feel their power slipping away don’t just stand by and let it happen.

They fight, and that fight often makes it look like they are more powerful, when in fact it is a sign of their growing weakness.

The power of the old establishment, both in political parties and in the media is waning.

Independent media and organizations like the NCC that fight for freedom and government accountability are on the rise.

As the power of the establishment and the upstarts begins to converge, conflict appears to escalate. But this is merely a sign that we are succeeding in bringing about positive and needed change.

A freer and more prosperous country is within reach, and if we maintain our courage and our principles, we will surely bring that vision of Canada into reality.