Disconnected Leaders, A Divided Population, And A More Dangerous World 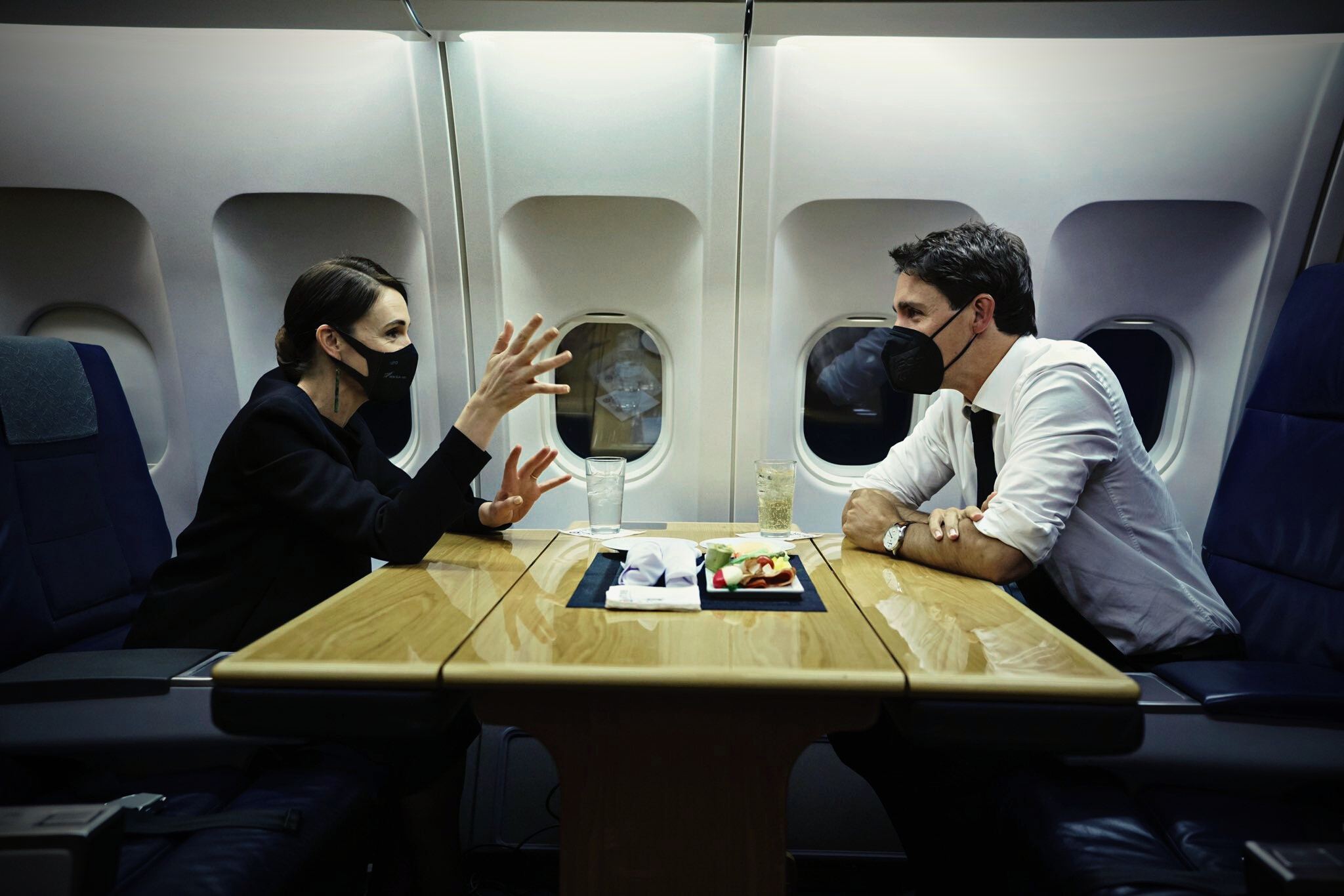 If there’s one thing that exemplifies the attitude of Justin Trudeau, it’s a disconnect from the reality of how wealth is generated and how countries advance and protect their interests.

Trudeau started from a position of material abundance and he takes it for granted that money and resources are provided to him when he demands them.

He leads a country that has an abundance of natural resources, providing a large financial base for his high-spending ambitions.

And yet, Trudeau seems to have contempt for those who make Canada’s wealth possible, and seems hell-bent on wrecking Canada’s energy sector for his own political gain.

The point here is that someone who really understood the difficulty and hard work necessary to build a business and build up an industry from nothing wouldn’t have such a cavalier attitude towards ruining it.

Trudeau has always had wealth and power at his fingertips without working for it, and seems to assume the same holds true for everyone.

Yet, if Canada’s energy sector is wrecked and investment flees our nation for greener pastures, we won’t be able to afford our infrastructure and social programs.

Indeed, we are already seeing that happen.

Trudeau continues to rapidly increase immigration levels, while simultaneously turning down opportunities for Canada to sell LNG to industry-rich/energy-poor countries like Japan and Germany.

He seems to think wealth will magically be created no matter what, just like he thought the budget would “balance itself.”

But if we lose out on billions of dollars worth of energy profits every year while imposing job-killing carbon taxes and rapidly increasing our population, the end result will simply be that Canadians end up poorer on a per capita basis.

And here’s the thing:

That doesn’t bother Justin Trudeau. He clearly feels that some ‘collateral’ damage is acceptable in his pursuit of an ‘ideal’ world.

Unfortunately, that ‘ideal’ world always has dissenters and those who don’t ‘fit’ into the vision.

Here in Canada, that would be energy sector workers and the many Canadians who do the actual tangible jobs that keep our country alive.

Trudeau feels that their jobs should be sacrificed in his so-called ‘just transition,’ a term that is absolutely dripping with arrogance and condescension, along with being economically illiterate to the extreme.

Justin Trudeau has no right to tell energy sector workers in Alberta to ‘transition’ from their jobs.

Instead, he and all Canadians should be grateful to Alberta for all the wealth that province has generated and the countless roads, schools, hospitals, and more that it has helped pay for across our nation.

But to have that kind of gratitude would require an accurate grasp of reality and some experience with the cold facts of economic life.

By being so disconnected from that reality, and by leaving so many Canadians out of his vision for the country, Justin Trudeau has deeply divided the nation. And that, of course, comes with consequences. (Look no further than the recent resignation of fellow Covid authoritarian and China-enabler Jacinda Ardern...)

Why would people being forcibly ‘transitioned’ out of an industry they love have any respect for the federal government?

Why would they listen to anything the federal government says?

Why would a region that has contributed hundreds of billions of dollars to the rest of the country feel connected to Canada when the ‘thanks’ they receive is an attempted sabotage of their core wealth-generating business?

All of this would be problematic in normal times.

But with the world becoming increasingly dangerous amid Russia’s brutal rampage in Ukraine, China’s military-build up and one-man personality cult leadership, and the collapse of globalization, a country like Canada can ill afford to be as divided as we are.

What we need is to produce more energy, generate more wealth, sell more to our allies, build more weapons, recruit more military personnel, and become a more powerful and more trusted member of our alliances.