Justin Trudeau Must Be Denied The Majority He Seeks

Since 2015, Trudeau has become less popular and more divisive. Only the weakness of his opposition keeps him in power. 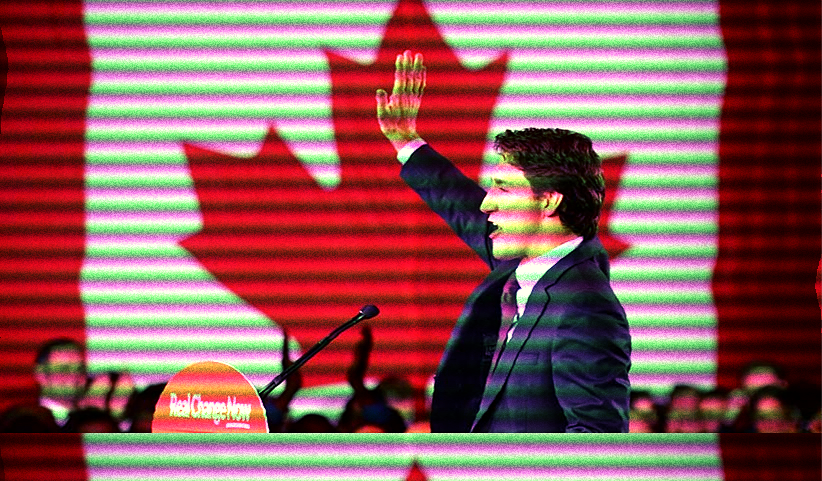 In the 2015 election, the Liberals won just under 40% of the vote, and secured a narrow majority government.

In 2019, the Liberals fell in the popular vote, and lost their majority.

Now, Justin Trudeau clearly sees a chance to get a majority government once again.

It’s not because he’s much more popular, rather he is less popular and much more divisive now than he was in 2015.

What has changed however is that the strength of his ‘opposition’ has declined dramatically, with the Conservative Party struggling to engage the base, and the NDP under Jagmeet Singh often reduced to poorly-funded servants of Trudeau’s agenda.

However, the fact remains that at least 60% of Canadians – and likely more – don’t want Justin Trudeau to stay in power.

And, even among those who claim to support the Liberal Party, there isn’t overwhelming support for a Liberal majority.

Indeed, as John Ivison recently pointed out, even some Liberal MPs don’t want to see a majority Liberal government:

“With the latest polls giving Trudeau’s party a 10-point lead, Liberal hubris is a boundless renewable resource. Too bad it can’t be harnessed to power the grid.

Some members of the governing party profess themselves nervous about a return to majority government, such is the absolute certainty held by Trudeau and the small cabal around him in their crusade to “build a better future” in their own image.”

That’s quite an indictment of a ‘leader,’ especially from their own party.

What is important at this moment is to realistically assess the situation, leaving aside either blind optimism or debilitating despair.

To start with, it is important to acknowledge that the CPC is clearly struggling, and seems unable to replicate even their 2019 results at this point. There’s no way that all the polls are ‘fake’ or ‘wrong,’ nor is it realistic to think that the Liberals wouldn’t get some temporary political benefit from their gargantuan spending spree. When you think about it, the fact that the Liberals are still under 40% despite promising everything to everyone is quite interesting.

Yet, the struggles of the CPC are not a reason for just giving up and abandoning all hope. The reason to have hope is that you – and all Canadians who want to deny the Trudeau government the unchecked power they seek – have the ability to influence the outcome.

For years, the left sought to sharpen their strategic voting efforts, and we have watched as their vote became more and more efficient, culminating in the 2019 election where – despite losing the popular vote – the Liberals maintained power with a minority, and the NDP held the balance of power.

The challenge many conservative Canadians are having right now is that there is a desire from some to punish the CPC for some of their policy flips, while also not making it easier for Trudeau to win. And for any one person, achieving multiple objectives with one vote would be difficult.

But with a mindset focused on maximizing the efficiency of the centre-right/right-wing and anti-Trudeau vote, strong results can be achieved.

A key to making this happen is to realize that, while we talk about a ‘national campaign,’ Canada really has a bunch of local elections that then coalesce into a larger result.

Focusing on the local aspect of each race, and the current balance of power in each riding, can help make the situation easier to influence.

To start with, we should all be delving deep into research in our riding, looking at past results to see who has the best chance of winning.

From there, we can realize what type of riding we fall into:

*In Quebec, add the Bloc to these combos

In areas where the Conservatives and Liberals are close, it would be quite damaging to vote for a splinter party and potentially give Trudeau more power. That’s where a vote for the Conservative MP is the best way to stop Trudeau.

Further, when the choice is between the CPC or NDP, a vote for the CPC is obviously better.

In areas where the Conservatives have zero chance, and where the Liberals and NDP are close, the best anti-Trudeau move would be to (as absurd as it sounds), help boost the NDP vote and ensure the defeat of a Liberal MP.

Now, you may be reading that and thinking it’s crazy, and that’s an understandable response. However, the issue here is structural power.

Even though an NDP MP may technically be to the left of the Liberals (though with Trudeau’s rapid far-left shift it’s tough to tell these days), the key is to deny Justin Trudeau the structural power that comes with a majority.

As flawed as the NDP is, and as much as Jagmeet Singh often seems to do Trudeau’s bidding, NDP MPs have at times been part of getting more accountability, including fighting against Liberal attempts to deny documents to Parliament relating to the Chinese scientists booted out of the National Microbiology Lab.

In ridings where either the Conservatives, Liberals, or NDP dominate, that’s where – if you are so inclined – a vote for a splinter right-wing party could have some use, particularly in sending a message to the CPC that they can’t take conservative voters for granted. Every party needs that message at a certain point in their history if they stray from their core voters, and right now elements of the CPC need to wake up. In ridings that are already lopsided, a vote for a smaller right-party can help make that message crystal – all without giving the Liberals more power.

This is like a riding-by-riding political version of guerrilla warfare.

And quite frankly, given that the Trudeau Liberals wield the massive political weapons of debt-fuelled spending and a bought-off, largely compliant establishment media, those who want Trudeau defeated need to respond with heightened creativity and coordination.

As conservative-minded people, we often focus on the power of the individual, and the power of market forces. And that power can be wielded in response to Trudeau’s ruthless quest for a majority.

We must be just as ruthless in becoming experts on our riding, reaching out to other like-minded Canadians, sharing knowledge, formulating strategies based on the political battlefield where we live, and maximizing the strength of our vote to thwart Justin Trudeau’s power grab.

You can become an expert, someone that helps spread information to others, use all available communication networks, and helps build a strategic voting effort that shocks the country.