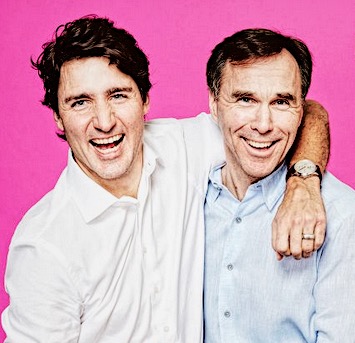 Politicians love to claim they can do many things at the same time.

But it’s not really true.

We’ve already seen how governments get bogged down in endless scandals, and just try to survive day by day, rather than make any strong long-term decisions or deal with other issues.

In a peaceful and stable world, having a government endlessly trying to escape scandals would be a manageable annoyance.

But in the world as it is, a dangerous, divided, chaotic place, it puts us at immense risk.

Canada is trying to deal with a health crisis caused by the Chinese Communist Party.

We are trying to rebuild our shattered economy.

We are trying to deal with the attempts by China to subvert our nation and take over our country.

We have real, big issues to deal with.

And yet, rather than deal with those issues, Justin Trudeau is busy trying to give our tax dollars to an organization that has paid his family hundreds of thousands of dollars.

As a result, the Trudeau government finds itself in yet another scandal of their own creation, which has now ensnared both the PM and the Finance Minister.

More than that, the rest of the government apparatus is now focused on the shameful task of defending Justin Trudeau and Bill Morneau’s perceived corruption, throwing themselves under the bus for the two top elitist Liberals.

All the top communications staff, political advisors, deputy ministers, ministers, and MPs are trying to give political cover to Trudeau & Morneau, distracting the government at the worst possible time.

Now, some will claim that this is the fault of the Opposition for digging into the scandal, but that would imply that we are simply supposed to turn a blind eye to corruption.

If that were to happen, we wouldn’t be a democracy anymore.

No, the blame here lies 100% with the Trudeau Liberals.

In fact, this scandal is even more despicable, because the Liberals tried to take advantage of the China CCP Virus Crisis to ram through a huge contract for the pro-Trudeau WE Organization, expecting they could get away with it because we were all distracted.

They tried to use a crisis for their own political advantage, which is disgusting.

That’s why the Opposition – particularly MPs like Pierre Poilievre and Michael Barrett – deserve such credit for fighting against this Liberal corruption. They are ensuring that there are consequences (even if the consequences are only political), and they are making it clear that the Liberals can’t just get away with anything.

But more than that, we will need the Canadian People to stand up against the corruption of the Liberals. There must be a huge political price to pay when those we entrust with leadership abuse that trust and try to pull the wool over our eyes to enrich their elitist friends at our expense.

Because, if the Liberals get away with it, we will find ourselves back in this same position again: A government bogged down with scandal and unable to deal with the serious threats facing the Canadian People. In a dangerous world, we simply cannot afford that kind of vulnerability.