CORRUPT SYSTEM: When Regular Canadians Like Dean Del Mastro Get In Trouble, We Go To Jail. When Liberal-Connected Elites Like SNC-Lavalin Break The Law On A Massive Scale, The System Protects Them

Why did Dean Del Mastro spend time in jail, get humiliated by the establishment media, and have his life overturned for apparently violating election finance rules while SNC-Lavalin got off scot-free for a huge illegal donation scheme? Because Del Mastro isn’t part of the Liberal elitist club. 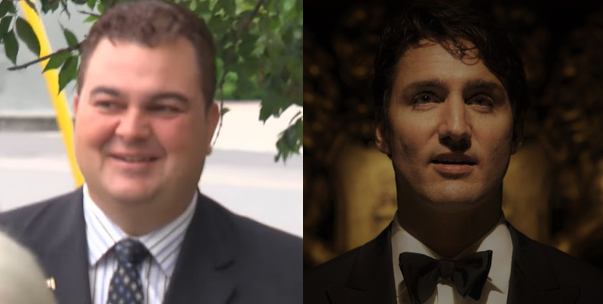 In theory, Canada is a nation governed by the rule of law, and all of us are equal under the law.

In practice, Canada is a nation ruled by a corrupt and broken system that is rigged in favour of Liberal-connected elites like SNC-Lavalin.

To get an idea of how broken and corrupt the system really is, consider the fact that when the Conservatives were in power, the system was deployed against former Conservative MP Dean Del Mastro in a way that ended up in him serving time in jail and having his political career wiped out for violating election finance rules.

Yet, when SNC-Lavalin engaged in a much larger and more systematic violation of election laws – concocting a scheme that ended up with them illegally refunding donations made by employees (the vast majority of which went to the Liberal Party) – they were allowed to sign a ‘compliance agreement’ and get off without serious repercussions.

In fact, despite reports and documents showing 18 individuals from SNC-Lavalin who apparently participated in the illegal scheme, only one person from the company was charged.

By contrast, Dean Del Mastro was led away in handcuffs (which the media gladly splashed over all their front pages), served time in jail, and saw his political career brought to an end.

Despite being an MP, despite his party being in power with a majority government, Del Mastro had the full force of the Liberal elitist-controlled system thrown against him.

“The OPP hauled away Dean Del Mastro in leg irons for supposedly donating his own money to his own campaign. #cdnpoli Meanwhile, Liberals and friends of Liberals are never charged, instead get secret protection agreements from the "unbiased" elections regulator.”

Canada has been corrupted to the core

The contrast in how Dean Del Mastro and SNC-Lavalin were treated shows that Canada has been corrupted to the very core.

If you’re connected to the Liberals, you can get away with endless crimes.

If you’re anybody else, the full power and force of the government will be deployed against you.

There is a deeper risk here, beyond just the serious threat of damage from endemic corruption.

The risk is a total breakdown in the rule of law.

The rule of law only functions when people believe that the system is at least somewhat impartial, and that the laws apply to everyone.

Seeing how Liberal-connected elites can avoid justice will cause many Canadians to wonder why the rest of us are following the rules.

Why should we pay our taxes?

Why should we listen to what any bureaucrat or government official says?

If the rules don’t apply to those who are supposed to serve us, why should we play by those rules?

If we get in trouble, why can’t we just ask for the ‘SNC-Lavalin Deal’ and avoid accountability?

The more people consider those questions, the more the rule of law will break down, with serious consequences for our country.

This means that just defeating the Liberals isn’t enough. If the Liberals lose power, there must be a massive and unprecedented investigation into the corrupt system.

That system must be dismantled, cronies must be fired, companies like SNC-Lavalin must face consequences for their actions, and the corrupt Liberal elites must be removed from the governing of our nation.

For Canada to survive and thrive, the corrupt and broken system must be replaced with something that truly represents the values and principles of our nation and restores confidence in the rule of law.