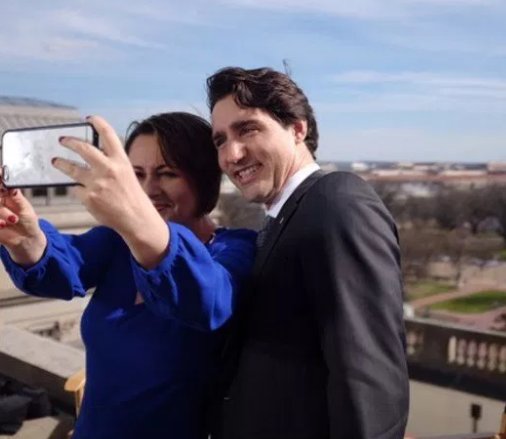 With the recent comments by Conservative leadership contender Derek Sloan, many Conservatives once again fell into a now-familiar trap.

They let the Liberals and the media define the terms of the debate.

They played within the bounds of that debate.

They used the same terminology as the Liberals and the media.

They fought with each other publicly.

They seemed more in line with elite media opinion, as opposed to their own party base.

And they ended up making no progress, simultaneously angering many of their own supporters, while not winning over anyone new.

The key problem is that the Conservatives are now so accustomed to playing defense, that it is now often their default setting.

When the Liberals and the media get outraged enough, the party seems to be unable to resist the pressure to ‘say the right thing,’ which often means engaging in a circular firing squad that only makes the party look disorganized, chaotic, and not ready to lead.

Consider the contrast between Trudeau’s blackface debacle, and the Sloan remarks.

Despite how big a deal Trudeau’s blackface hypocrisy was, the Liberals remained united, almost all stuck entirely on message, and refused to fight each other publicly. If any tough discussions happened, they happened behind the scenes, rather than for media consumption.

The Liberals also effectively (from a purely strategic perspective) pivoted back onto offense, refocusing attention on Scheer who they had been relentlessly demonizing.

Of course, the Liberals got a big help from the establishment media, yet that again shows why the Conservatives can’t afford to play defense.

The media is simply made up of people who – with some exceptions – are left-leaning and don’t like the idea of Conservatives in general. They will always be biased.

The way to deal with this then becomes obvious.

When asked about Sloan, the Conservatives should have simply said “Justin Trudeau, Patty Hajdu, and Theresa Tam insinuated that Canadians were racist for wanting travel restrictions on China, restrictions that would have saved Canadian lives. When will they apologize to the Canadian People?”

The thing about the media is that no matter how biased they are, they usually have to show your answer to their question. So, the answer should be the message you want to get out, not what the media says.

Then, after MPs go out and say that message, the party could have sent out Tweets, Facebook Posts, and Ads, with the same message, demanding an apology from Trudeau and other Liberals for demonizing Canadians and for failing to shut the borders early on.

The result of this would have been a back and forth fight, with Liberals attacking a fringe leadership candidate, and Conservatives attacking Liberals.

That would have been far better.

So, the strategy must be to always attack back, and always go on offense, instead of playing the media game.

And a longer-term strategy is for the Conservatives to help build up Independent Media. Start inviting Independent Media to all the press conferences, give them more interviews, bypass the Ottawa Press Gallery, and ensure more perspectives are heard. Only by doing that can the Conservatives break the stranglehold of the biased establishment media.

Until that happens, and until the Conservatives start always going on offense instead of playing defense, the Liberals will continue to define the terms of debate, and will continue to dominate the political scene, even with a minority government.