Millions of Canadians oppose the ongoing abuses and overreach of government power. Why are so few politicians willing to speak on their behalf? 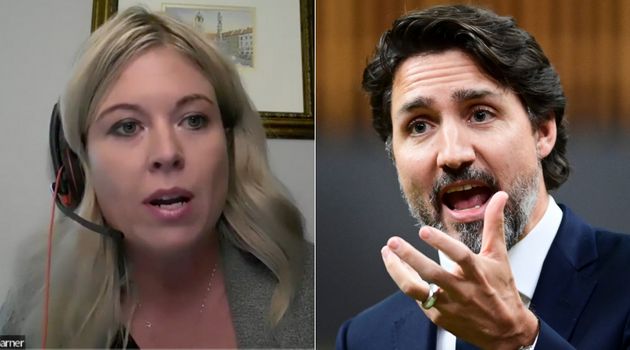 In recent days, we have seen a few Conservative politicians begin to speak out against the ongoing abuses of government power we are witnessing in Canada.

Opposition Health Critic Michelle Rempel Garner has been doing a great job by strongly speaking out against the prison hotels run by the Trudeau government, where women have been assaulted, people have gone long stretches without food, and where innocent Canadian citizens who have committed no crime are treated like criminals.

Conservative MP David Sweet joined former Ontario PC MPP (currently an independent) to call for an end to lockdowns in Ontario, pushing for a more targeted approach that focuses on the most vulnerable.

This is an important step in the right direction, yet it also shows how silent most of Canada’s politicians have been even as we watch government power encroach on areas we once thought protected.

Millions of Canadians – including large numbers of Conservative Canadians – have become increasingly alarmed by politicians who seem all too willing to infringe on the individual rights and freedoms of Canadians, pick which businesses survive and which ones don’t, and expand state power to in effect criminalize regular people for just going about their lives.

Yet, few Conservatives have spoken out against this, and many of these policies have been perpetrated by those calling themselves conservatives.

While we would expect politicians in statist parties like the Liberals and NDP to generally back government power, the Conservatives have repeatedly cast themselves as opponents of ‘big government,’ and as leaders who would respect the rights of Canadians to make their own decisions, rather than putting the state in charge.

To be silent while people are forced into prison hotels, and to stand by as lockdowns decimate mental health and damage countless businesses, is to in effect abandon the core principles of conservatism.

This speaks to a growing problem for the Conservatives in Canada, in that their estrangement from their party base appears to be growing day after day.

With some exceptions, it seems that those in charge are afraid to touch any issue deemed ‘controversial’ by the Liberals and by the establishment press.

They are afraid they would be criticized for opposing lockdowns, or for pointing out that rights and freedoms must be respected especially in a crisis when those rights may seem ‘inconvenient.’

So, often they say nothing.

This leaves millions of Canadians without representation, without a voice in the halls of power.

And ironically, rather than bringing the Conservatives closer to winning, it makes things even tougher, because those in the middle see only the Liberal/statist perspective being pushed, and feel that is the dominant consensus.

Of course, we know this has been a chaotic time.

At the start of the crisis – when it was uncertain how deadly the virus was – many people, myself included, pushed for immediate government action.

Yet, when it became clear that too many politicians were exploiting this crisis to entrench and expand the power of the government far beyond where it should go, we began to warn of this infringement on individual freedom.

Difficult times require courage, and courage requires understanding that history remembers those who defend timeless values and principles amid the storm of crises, rather than those who seek short-term gain at the cost of their souls.

With a few more Conservative politicians finding their courage and defending those values, let us hope this is the beginning of a trend.