What Hold Does China Have Over Canada’s Political Class? 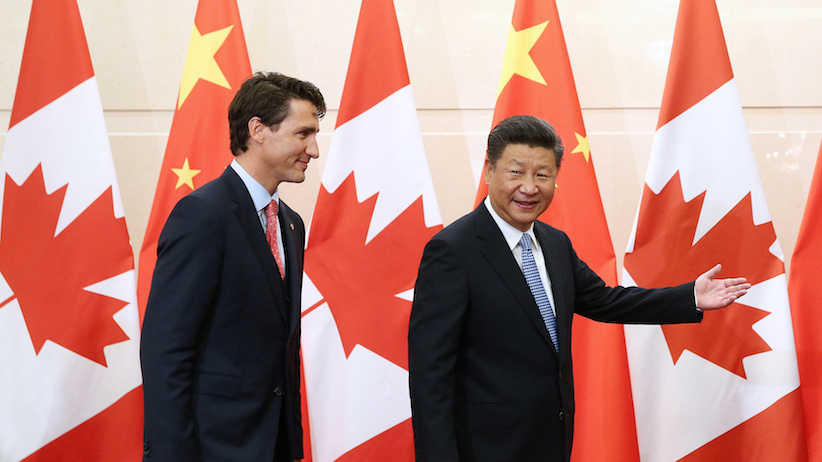 As part of the Anglosphere, there are cultural and historical similarities between the three countries.

All three are relatively open in terms of trade, though their main trading partners vary.

All three have tried to deepen ties with China – until recently – only to see China become more and more authoritarian and exact more and more of a price for the ‘benefit’ of trade.

But there are some big differences when it comes to China among the three countries.

Canada’s exports to China account for just about 4% of our total exports.

And in Australia, it’s near 33%, though highly variable as of late.

Further, the UK is seeking more trading partners after Brexit, with some hoping a UK-China trade deal will bring the country more revenue.

By contrast, Canada’s biggest trading partner (by a massive margin) remains the US.

In short, Canada has by far the least to lose amid declining relations with China.

And yet, out of those three countries, Canada has been by far the weakest towards China.

In the UK, Boris Johnson reversed his earlier openness to Huawei and banned them from 5G.

He has since extended UK citizenship to potentially millions of Hong Kong residents.

Further, Australia’s PM Scott Morrison is said to be close to tearing up the state of Victoria’s ‘one-belt-one-road’ deal with the Communist State, saying it offers ‘no benefit’ to Australia.

With so much to lose, Australia has been far tougher on China than the Canadian government.

And that raises the disturbing question that simply refuses to go away:

What kind of hold does China have over Canada’s political class?

You can always tell when something is a bit off when politicians avoid an opportunity to gain popularity.

What I mean by this is that all the polls show China’s government is horrendously unpopular among Canadians, with up to 90% of the country having a negative view.

And an almost-equal number want Canada to pursue trade partners other than China and reduce our dependence on China.

So, getting tough on China would be an easy way for the federal government to score political points.

They would be both standing up for the country, and boosting their own political fortunes.

And yet, it doesn’t happen.

In just the past few days, we have seen the government expanding their research partnerships with Huawei (on top of still refusing to ban Huawei), and signing countries on to a declaration condemning arbitrary detention without mentioning China or the two Michaels.

The government also continues to refuse to boycott the Olympics, and won’t declare China’s actions against the Uighur’s a ‘genocide.’

Despite overwhelming public opinion, the government refuses to listen to Canadians.

So again, we must ask, what kind of hold does China have on Canada’s political class?

I wish we didn’t have to ask.

I wish we could look at Trudeau’s past praise of China’s 'basic dictatorship', and just write it off as some dumb comment.

But there is simply too much of a pattern, too much consistency, to pretend we don’t see that something is seriously off behind the scenes here.

If Canadians can’t trust that our government is at the most basic level working in the interests of this country, and if we watch as all the values we were taught to uphold are sacrificed seemingly at the whim of a ruthless authoritarian state, how can we be expected to have faith in those in power?