Why Jean Charest Must Be Stopped

If Charest were to be installed atop the Conservative Party, Canadians would be deprived of a real choice in the next election. 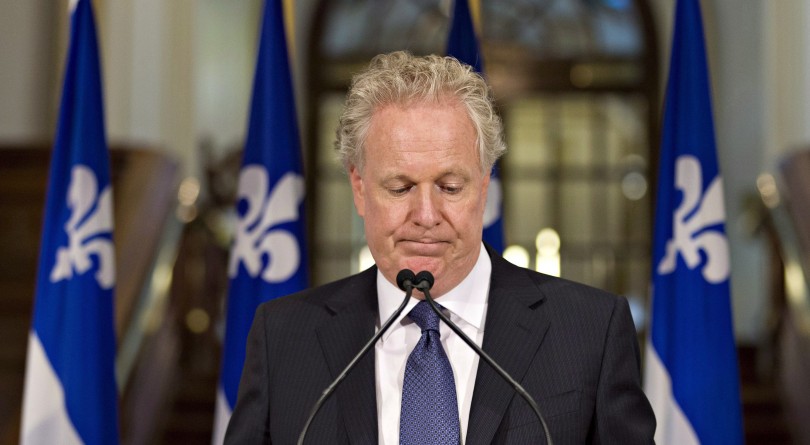 Update: Just hours after the publication of this column, Charest took his name out of the running.

The core of democracy is giving the people the power to control their government. And that control is exercised most directly through elections.

And for a democracy to really be worthy of the name, those elections must offer the people a real choice.

Without a real choice, an election is nothing more than a ritual, with no real meaning or significance.

Without a real choice, voters don’t have the opportunity to exercise any real control or influence.

With Jean Charest still mulling a bid for Conservative Party leader, it’s more important than ever that Canadians who want a real choice stand up and make sure Charest is stopped.

A Charest-led Conservative Party would be nearly indistinguishable from the Liberals.

Charest has the same kind of elitist sensibilities as Justin Trudeau, and is now completely out of touch with the base of the Conservative Party.

A Charest-Conservative Party would be no real choice at all. It would be barely distinguishable from a Trudeau-Liberal Party.

It would also be devastating for the Conservative Party itself. The Conservative base is smart and politically knowledgeable. They won’t be fooled by Charest. For every vote Charest may gain from ‘centrist’ voters, he’ll lose two from core Conservatives. And he’ll make the rise of a Western separatist party, or a surge in support for the PPC a near-certainty.

Most disturbingly, Charest’s advocacy for China-controlled Huawei raises serious questions about his judgement, and about whether he would have Canada’s interests in mind when dealing with the Communist State.

Clearly, Charest must be stopped.

The other main Conservative contenders, on the other hand, offer a real choice.

Pierre Poilievre is a strong communicator who has a great connection with the Conservative base, and has shown the toughness necessary to fight back against the biased media. His communication abilities give him the opportunity to change narratives and persuade Canadians, rather than just having to react to attacks against the party.

Erin O’Toole served Canada for many years in the Air Force, showing a level of patriotism and commitment to the country that is far beyond most politicians. In a world that’s becoming more dangerous, where Trudeau's soft-power sensibilites are increasingly being taken advantage of, having someone with military experience would be a big benefit to Canada.

Peter MacKay was an essential part of the founding of the Conservative Party, as he did what it took to help bring the old PC Party into the fold. He stuck with the party through moments both good and bad, and was one of the biggest supporters of strengthening Canada’s armed forces, as well as being an integral part of Prime Minister Harper's historically-competent Cabinet.

Those three top contenders would all offer Canadians something that differs from Justin Trudeau and the Liberals.

They would give Canadian taxpayers something they are desperate for: a real choice.

Jean Charest would not.