Only a small minority want Canada Day ‘cancelled’, so why are politicians putting their interests above the celebration of our country? 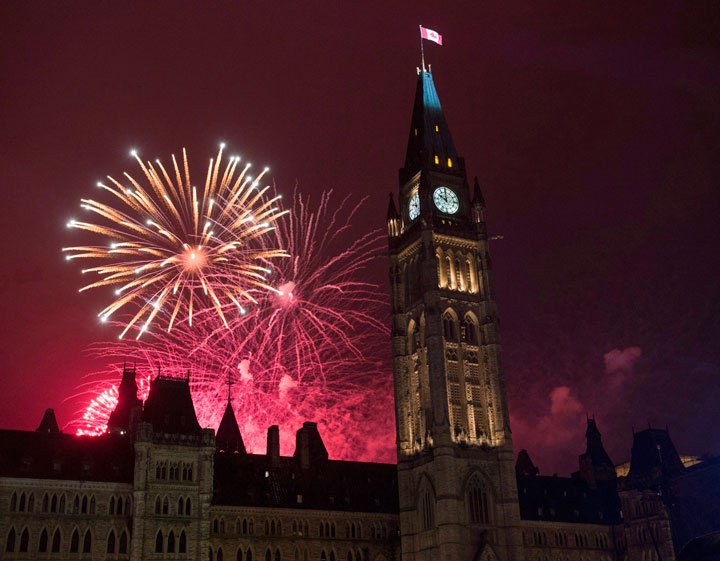 The way you see it presented in much of the establishment media, you would think that a huge majority of Canadians are calling out for the cancellation of Canada Day.

Politicians in various municipalities and cities are either outright cancelling or scaling-back Canada Day celebrations, and even a prominent CPC MP is backing an increasingly skeptical attitude towards Canada Day.

In response to a Tweet by the Calgary Herald which said, “Indigenous People call on Calgary to scale back or cancel Canada Day celebrations,” Conservative Health Critic Michelle Rempel Garner said “And we should listen.”

She added in another Tweet, “I am not here to make you comfortable. I am not comfortable. It is past time we confront this as a nation. Political cost be damned.”

That may strike many people as odd, considering that Rempel Garner was among the many currently elected MPs who were around in the Harper era, when the Harper government issued an apology for the Indian Residential School System.

The Pope has also issued an apology in the past, which received large-scale media coverage at the time, yet has somehow been memory-holed and ignored, with many acting as if it did not happen.

All of this is to say that the idea that Canada has not ‘confronted this,’ is simply incorrect.

Rather, we seem to be in a cycle where a new generation or new group of politicians attain prominence, start learning more about the Residential School System, and then feel as if they are the first to talk about it, and seek to launch another ‘national conversation’ about it.

And unfortunately, when this happens, some politicians seek to use the moment to try and tear down the idea of Canada itself, instead of solving real problems.

The biggest example of that is Justin Trudeau, who has pushed a divisive, dangerous, and deeply damaging narrative of Canada as a ‘post-national’ state, and takes every opportunity to try and criticize Canada’s past, while conveniently ignoring the role of his own father, or his own actions in further weakening Canada’s national unity as he plays into the mindset of fringe activists.

This all ends up with Canada being consumed with anger and discord, while things don’t get fixed.

For example, why don’t we dip into our foreign aid budget and spend some of that money ending the horrendous boil water advisories that have been going on for decades? Why not address a real problem with real solutions to help those in need in our country?

With all of that in mind, it is amazing to see that a clear majority of Canadians are standing firm in their support of Canada Day and in support of Canadian Patriotism, despite a relentless anti-Canadian propaganda offensive from the establishment media and ‘woke’ politicians.

According to a Leger Poll first reported on by the National Post, only 14% of Canadians want Canada Day cancelled.

That makes it a radical, far-left fringe position.

Further, the poll shows 69% of Canadians saying they want to see Canada’s flag shown “more often and in more places.”

By contrast, when asked if they thought displays of the flag might “offend marginalized groups,” a mere 11% agreed.

In another interesting note, the poll shows 70% of non-White Canadians supporting more displays of the flag, slightly higher than among White Canadians, a clear refutation of the foolish radical-left idea that Patriotism is racist.

In a great article, Rupa Subramanya summed things up well:

“It’s primarily a small number of far-left activists, amplified by social media, who are calling for the cancellation of our national day, but it’s for a nation they don’t even believe in. They believe that Canada as a nation-state is fundamentally evil, a “white colonial settler society” that is illegitimate and immoral. Their extreme views must not be allowed to shape a legitimate national debate on how Canada can better itself.

For those of us who chose Canada, and didn’t have the privilege of being born in one of the wealthiest, most advanced countries in the world, the notion of cancelling Canada Day seems truly bizarre. Many of us came from countries where racism and discrimination not only exist, but are often widespread, sanctioned by the state, and are realities of everyday life. Ask a non-Muslim living in the Arab world, where discrimination is baked into the system; or a Muslim in India, where, despite theoretical equality under the law, bigotry is pervasive, with the government often looking the other way. We need to consider Canada in the context of the real world, not compare it to a utopian ideal that has never existed and probably never will.”

And back to the poll, when asked if Canadian history “is something to celebrate,” 67% agreed, with even a majority of young Canadians (56%) agreeing despite all the efforts to convince young Canadians to hate our country.

Also, despite some politicians musing about cancelling or scaling back Canada Day, that position is rejected by partisans of all stripes.

Patriotism is a clear majority position, and makes our country stronger

What all of this shows is that love of our country, support for Canada Day, patriotism, and national pride in Canada are all majority positions, while the push to cancel Canada Day is a fringe position with a tiny number of supporters.

Thus, we can only conclude that the fact that many ‘leaders’ are cancelling Canada Day comes down to a sense of weakness and even cowardice among those who are too afraid to stand up for Canada or stand up for a rational and reasoned appraisal of our history.

No country is perfect, but Canada is far closer than most, and our sense of patriotism and national pride makes our country stronger.

Often, people in the political establishment act as if patriotism and improving a country are somehow opposites.

That realization of how patriotism and improving our country are so intricately linked also leads to the understanding that those who founded Canada and built up our nation deserve credit for building a country that could improve and grow over time.

The more patriotic Canadians are, the more our country will continue to grow and improve.

That is why we need to respect our history in full, celebrating the good – and there is much good for Canadians to be proud of – while also acknowledging negative aspects.

Balance and reason are what we need.

Cancelling Canada Day is the exact opposite of balance and reason.

It is an extreme approach that only serves to divide people, caters to a small fringe, demoralizes millions of people, and throws out all the good about our country.

It’s also totally anti-Canadian, because it implies that our entire country is unworthy of celebration and tries to pile a bunch of guilt on people who haven’t done anything wrong.

Instead of dividing people and surrendering to fringe anti-Canadian sentiment, we must focus on what brings us together as Canadians, honouring our history of defending individual freedom, fighting against Nazism & Communism, and standing up for what is right, time and time again.

Canada is a nation worth celebrating, and Canadians have much to be proud of, and that’s why we must defend and protect Canada Day with all our strength.