The Authoritarian Arrogance Of The Liberal Elites 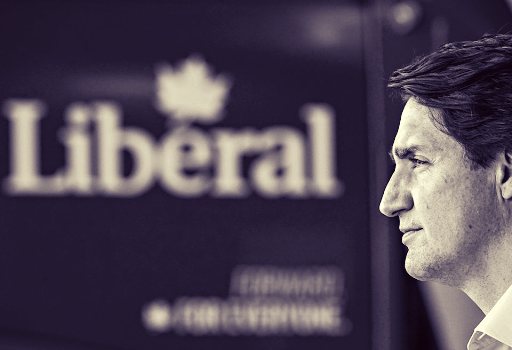 Are we a society where credibility is earned through performance?

Or do we bestow it upon people and organizations based on their status and titles?

That choice has led to deep and profound conflicts throughout history and is often the dividing line between authoritarianism and freedom.

If individuals and institutions are granted credibility based upon their status and titles, rather than upon their actions and performance, then they often will resort to threats and force to maintain their power.

After all, credibility based upon status comes down to fundamental asymmetry of power. To maintain that power, you must continually convince people that you deserve to rule over them, that they are somehow lesser than those at the top of the power structure.

Systems based upon status rather than performance tend to lead to rebellions, as people inevitably tire of being ruled by those who are unaccountable to them. At the same time, unaccountable power is inevitably abused, which generates further resistance.

By contrast, democracies have learned the true and enduring power of having accountable institutions and accountable leaders.

Accountability, and credibility bestowed based upon performance, is both an incentive towards more ethical and effective action and ensures constant cycling of talent and perspectives.

Democracy itself is based upon the idea that no one person or institution deserves to wield unaccountable power over others.

Those who seek power must – in theory – continually prove themselves worthy of that power if they want to keep it.

This has worked quite well, given that democratic nations do better than authoritarian ones in almost every possible measure of success.

But, success leads to complacency, and complacency leads many to forget the foundation upon which that success is built.

Thus, we are seeing a clear rise in an authoritarian attitude among many of those who hold power in democratic nations.

This manifests itself in different ways around the world.

Here in Canada, it manifested most obviously in the actions of the Liberal federal government, and many provincial governments during the past two and a half years.

They exploited the fear of many Canadians to restrict individual rights and freedoms, and some of those restrictions remain in place to this day. Ontario Liberal ‘leader’ Steven Del Duca is even campaigning on the sadistic promise to ban hundreds of thousands of children from the classroom.

However, it goes even deeper than that.

Consider the near-rage with which much of the Liberal political & media establishment respond to criticism of the Bank of Canada.

Notice how the anger completely ignores the basic facts of the situation:

The Bank of Canada was wrong, over and over again.

The Bank of Canada failed to do the precise thing they exist to do.

The Bank of Canada – along with the Trudeau government – have contributed to a shockingly distorted housing market, and inflation that is robbing millions of Canadians of their earnings and financial independence.

Further, those who criticized the Bank of Canada and warned this was going to happen – most notably Pierre Poilievre – have been proven correct.

Now, you may be asking “what does this have to do with authoritarianism?”

‘The Bank of Canada is IMPORTANT.’

‘The Governor of the Bank of Canada is IMPORTANT.’

‘Thus, they should be exempt from criticism regardless of performance.’

That kind of thinking is fundamentally anti-democratic.

It is fundamentally authoritarian in nature.

The best way to get a sense of this is to imagine if the situation was reversed.

They are glad to talk about performance when an evaluation of performance benefits their narrative, but the moment it doesn’t they rapidly turn to raw power and status.

We saw this same attitude in how public health officials and politicians were treated as sacrosanct over the past two years.

They could say one thing one week and it would be accepted.

Then, they could flip the next week, and it would be accepted as well.

It wasn’t about the truth.

It was about status.

It was about putting blind faith in an authority and demonizing anyone who questioned that authority, even if the questioners were 100% correct.

This is a highly disturbing trend.

As the world becomes more competitive and seemingly unstable, Canadians will have to make a clear choice:

Will we abandon the values that built our nation and embrace the authoritarian arrogance of the Liberal political/media class?

Or, will we place our trust and our faith in the timeless principles of freedom and accountable institutions.

The choice we make will have profound consequences for the future of our nation.