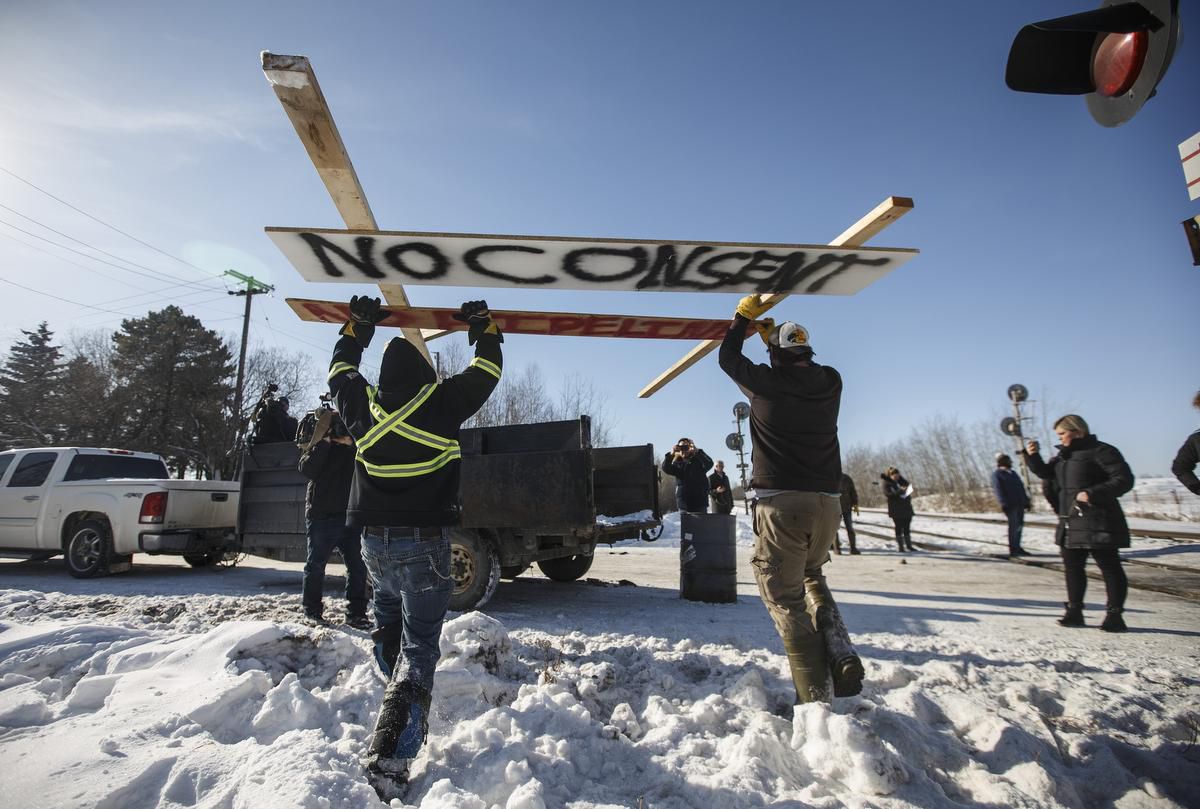 What happens when the federal government abandons law-abiding citizens and refuses to enforce the law?

Well, it turns out that some Canadians will stand up, show strength, and deal with things themselves.

Another illegal blockade went up in Edmonton, with the radicals clearly emboldened by Justin Trudeau’s pathetic cowardice.

But unlike in much of the country, this illegal blockade didn’t last.

A group of law-abiding Albertans went to the illegal protest and calmly dismantled it.

You can see how it went below:

“Counter-protesters hauling away the blockade and loading it into this truck.”

“Counter protesters in Edmonton have all but hauled away the barricades on the CN tracks. A protester is talking like it’s all over now. A few protesters have walked away already.”

As noted by David Jacobs on Twitter, the ease with which the blockade was removed is an indictment of Justin Trudeau:

Not a single shot fired. Not a single arrest made. All it took to end the blockade in Edmonton was a handful of Canadians to say no.

We are governed by the most cowardly, and least capable among us. It is tragic.”

As you can see, there was no violence.

All of Trudeau’s warnings about escalation have been discredited, as hardworking law-abiding Albertans showed strength and the illegal blockade evaporated.

Once again, Trudeau has been revealed as a liar, a deceiver, and an opponent of the vast majority of Canadians.

In a smart move at the time, before it looks like his comms team acted cowardly and deleted the tweet, Conservative leadership contender Peter MacKay praised the law-abiding Albertans who took down the blockade:

“Glad to see a couple Albertans with a pickup truck can do more for our economy in an afternoon than Justin Trudeau could do in four years.”

The strong Albertans have set an example for all of Canada:

If the federal government and police won’t enforce the laws, then citizens will have to take things into their own hands, just as we saw in Alberta.

Of course, it should never have come to this.

The blockades – which are totally illegal – should already have been brought down.

Trudeau should have done literally the very bare minimum expected of the government: Enforce the law against law-breakers intent on destroying Canada’s economy.

But because Justin Trudeau is pathetically weak, having betrayed law-abiding Canadians, including betraying the elected Indigenous leaders and the majority of the Wet’suwet’en community by elevating a tiny group of extremist radicals, everyday Canadians are left to deal with the chaos Trudeau has allowed to spread.

As we can clearly see, Canada is in a state of crisis and lawlessness, with Canadians having been abandoned by our government.

Yet, even in such a dire situation, the strong actions that we saw in Alberta have shown that there is still strength and common-sense within Canada, and Alberta’s resolve is an example for all of Canada to follow.