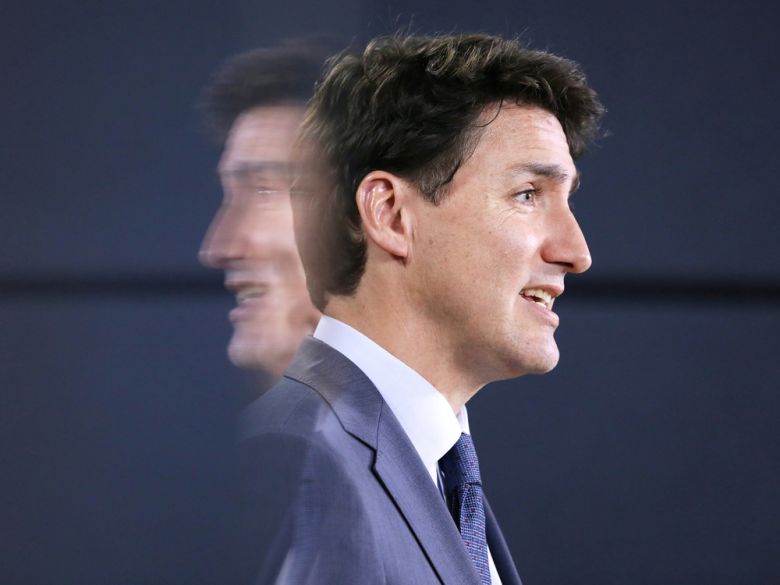 The first step to dealing with a problem is to acknowledge that it exists.

And that’s especially important for national leaders, who (regardless of whatever utopian schemes they may be cooking up in their heads), generally are bogged down by dealing with one problem after another.

That’s why it’s so concerning to see how Justin Trudeau’s response to some very real problems has been to retreat into denial.

Numerous polls show rising support for separation in both Alberta and Saskatchewan, with the numbers even exceeding separatist sentiment in Quebec.

And even among those who don’t support Western separation, there is a clear sense of Western alienation, which has been expressed so clearly that it would be impossible not to see it.

Yet, in one of his year-end fluff interviews, Trudeau claimed there’s no national unity crisis:

"I do not share the assessment to the extent that others have. I think there is a level of rhetoric that is maybe not as reassuring as it could be. I think there are very real frustrations. I think there is very real anger that needs to be dealt with in Alberta and Saskatchewan. But I see that as problems to be solved when we all work together, and I don't think Albertans suddenly don't care about Canada ... I think they just want and know that they have a strong future and that's what we need for them too."

What Trudeau fails to get is that the issue isn’t just about ‘anger and frustration,’ or ‘rhetoric,’ it’s about the actual destruction of people’s livelihoods, and the fact that people can see other countries getting wealthier and wealthier from selling oil while the Western energy sector is being held back.

And it’s not about ‘Albertans not caring about Canada,’ it’s about the growing sense that Canada (at least the Canadian government) doesn’t care about Alberta.

For Trudeau to deny that his policies haven’t caused the problem, and for him to ignore the growing evidence of a clear national unity crisis, is outright delusional.

When it comes to the economy, it’s impossible to ignore that it’s getting weaker.

Growth is down, debt is up, bankruptcies are up, and the latest jobs report was an unmitigated disaster.

Trudeau has also managed the ‘spectacular’ feat of massively ramping up federal spending without even getting economic stimulus. At the very least, all that debt should be contributing to surging growth numbers, but instead the economy is slowing down at the exact same time spending is going up.

Contrast that with the stimulus program that was in place under the Harper government, where large budget deficits (largely focused on essential physical infrastructure projects), managed to create jobs and prevent Canada’s economy from collapsing.

Yet, amid all the evidence of Canada’s failing economy, Justin Trudeau stunningly claimed that his policies ‘are working,’ and showed no sign of changing course.

All of this appears connected to Trudeau seemingly appointing Chrystia Freeland as de facto Prime Minister, giving her what appears to be all the actual responsibility in his government.

Trudeau was able to ‘handle’ being PM when he had been handed a balanced budget, a strong economy, and a majority. But now that the economy is weakening, the nation is divided, and the Opposition has real power, he can’t manage it anymore, and is retreating to a delusional state of denial.

This is all very dangerous.

If Trudeau is unwilling or unable to see what is really happening in our country, every action he takes will only deepen our national problems, and bring us closer and closer to crisis.