While she tells us to sacrifice, she gets chauffeured to her announcements in taxpayer-funded luxury. 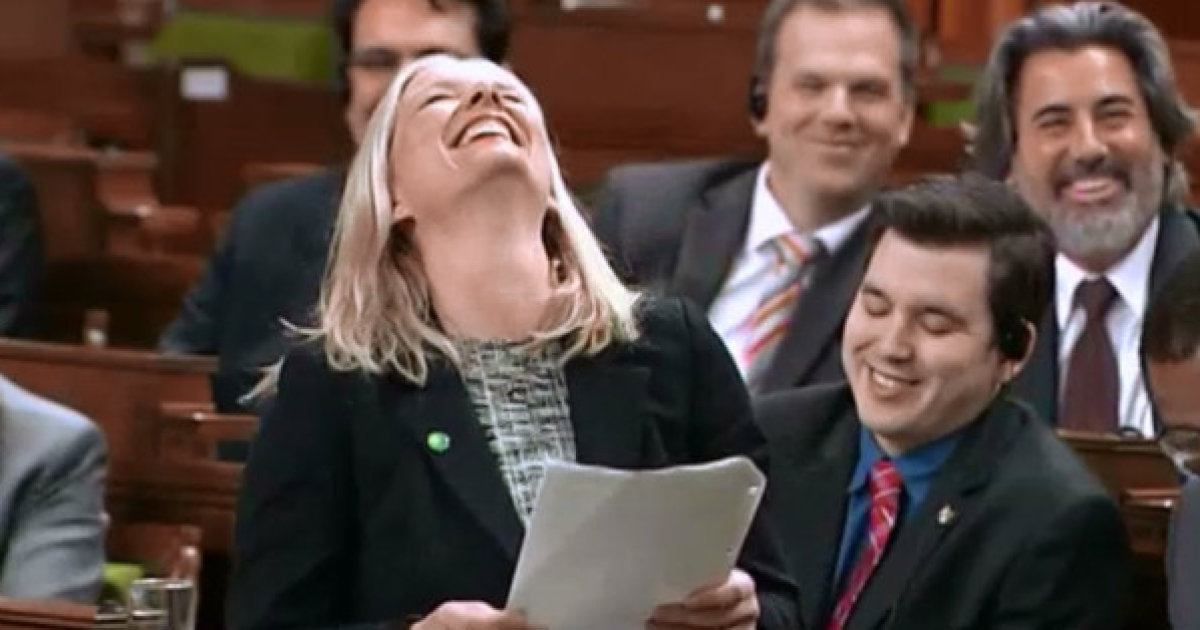 She acts as if all the negativity she gets on social media is just totally random and one-sided, purposely ignoring the impact of her own arrogant, elitist, and condescending attitude.

McKenna treats real Canadians – the Canadians who build our country and keep it going every day – with total contempt.

Yet, when that contempt leads to a predictable backlash, she whines and complains and seeks sympathy.

Both options are terrible.

The fact is, Catherine McKenna seems actively hostile towards real Canadians, and seems to live in a fantasy world in which she feels nobody can notice what she’s doing.

We saw that attitude when she bragged about how she just ‘talks louder’ and ‘repeats’ the same thing over and over again to get people to believe it.

She thinks that her lies will become truth if she just repeats it in a loud voice.

That is total arrogance, and it shows how low an opinion she has of the intelligence of the Canadian people.

She is also a total hypocrite, claiming there’s a ‘climate emergency’ and imposing damaging policies on Canadians, while getting chauffeured to her events in luxury.

“Environment Minister Catherine McKenna used a car and chauffeur to attend a meeting to promote public transit, records show. McKenna sponsored a Commons motion to declare a national emergency on climate change that is 'killing people', she said: 'It’s not the flavour of the month.'"

Meanwhile, there is real suffering among Canadians in the energy industry, with a link between suicides and the unemployment rate in Alberta that has cost lives.

Where is McKenna’s sympathy or empathy for suffering Canadian workers?

Where is her sympathy for Canadians living in poverty?

Where is her sympathy for people who are falling further and further into debt and desperation due to the affordability crisis that she’s making even worse?

It’s nowhere to be found.

Instead, as she shows contempt for real Canadians, she demands all the attention and all the sympathy for herself.

It’s all about her.

It’s all about her agenda.

We deserve leaders who actually respect and support real Canadians, not leaders who look down on us with contempt.