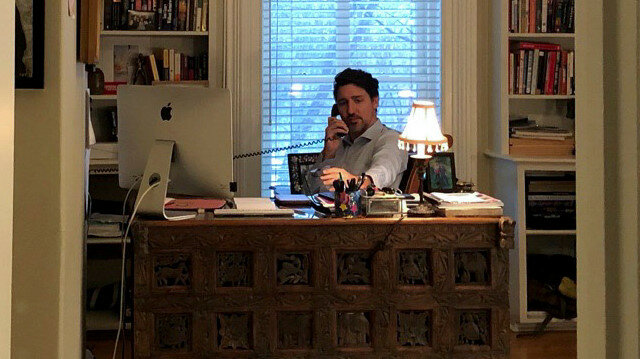 These are challenging times, even for those living under the governments who have nailed the coronavirus threat from moment one. The ones who were smart enough to close up shop, expand testing, and put into place meaningful quarantines and isolation-protocols that have kept their people healthy and safe.

Unfortunately, we don't have one of those governments.

That "MAJOR ANNOUNCEMENT" the Trudeau government finally hinted at today? Just more pamphlets at border security, more questions on a touch screen, and they're sending even more sick travellers through our major cities.

For months we've been calling for increased travel bans and increased screening measures on behalf of countless concerned Canadians and our most vulnerable. And for months the Trudeau government has been lying to your face.

Chrystia Freeland told us our airports were secure. Bill Blair too. Now, agents at Pearson are testing positive.

Patty Hajdu said Canadians were at low risk. Dr. Theresa Tam too. They even had time to scold concerned Canadians over perceived xenophobia and intolerance -- a Trudeau government classic. And all without proof, of course.

While our key officials were busy carrying water for the federal government, they either forgot, or outright refused to close the barn door.

Now, our virus "curve" is tracking behind America's, who are one week behind Italy's. And that's with thousands of symptomatic Canadians being turned away from testing. Stuck with hotlines that don't work, and doctors and ERs not set up for testing.

Our government's approach has been an unmitigated failure. And, as always, it starts at the top.

Trudeau has stated repeatedly that border closures and advanced measures are "up for discussion." In that never-ending vacuum, our nation's premiers have had to step up and lead for him, and they've done so admirably.

You don't stop a virus with kindness and discussion and that same old tired rhetoric. You stop it with action.

If the time to act was weeks and months ago, there's still precious time to give many in our most vulnerable populations their best chance at staying healthy.

Without that, it's the lives of our most vulnerable Canadians that are "up for discussion."

We're wishing you well during these challenging times.

Update: After weeks of wasted time and inaction, the Trudeau government has finally announced a travel ban on foreign-nationals and those who are ill -- with exceptions.