Election Debrief: A Defeat, By Any Other Name 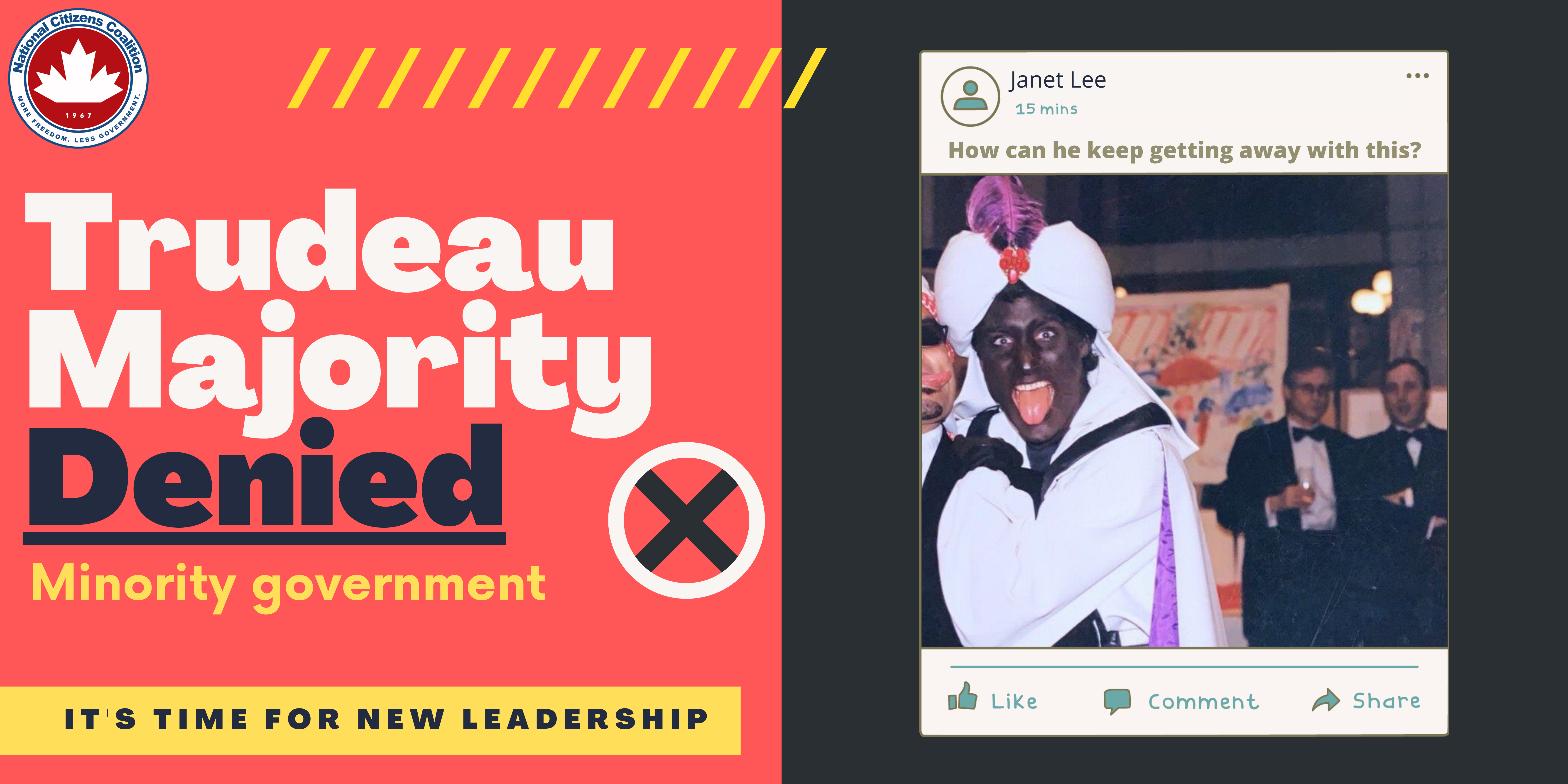 He gained nothing, and risked everything.

That's the story of Trudeau's fearful and divisive pandemic snap-election.

He abandoned our country and its allies in the quest for more power, yet still failed.

Preliminary figures show that Trudeau lost hundreds-of-thousands of votes, as well as multiple parliamentary secretaries, committee chairs, and even cabinet ministers like Maryam "our brothers" Monsef.

This was no 'winning mandate'. His vote percentage is the smallest in the history of the country for an elected PM.

For any self-respecting Canadian politician, this would be the right time to take "a walk in the snow".

But we know that accountability and common sense don't come easy for Justin Trudeau, and a Liberal Party that relies on his tarnished brand over good governance, ethics, and the equitable treatment of women.

Canadians continue to "experience Trudeau differently", which is why organizations like ours will continue to push for better.

The back-room knives should be out for a man who spent $600-million in our tax dollars, only to be swatted down by the public.

Make no mistake: this was no real victory. Taxpayers 'held serve' against Justin Trudeau. If he were capable of self-reflection, this would be the end of Trudeau as the leader of the Liberal Party of Canada.

Just as we all worked tirelessly to deny him an undeserved expanded mandate, I know we'll work just as hard to make that happen.

I'm proud of our efforts to reach millions of Canadian voters through a creative Anyone But Trudeau campaign, and these preliminary results show that our election ads made an impact in areas like Atlantic Canada, and Maryam Monsef's riding of Peterborough. I know we helped deny him a majority.

But the opposition parties need to do better. If I'm Erin O'Toole, my first calls this morning are to Jagmeet Singh and Yves Francois-Blanchet. The time for rubber-stamping is over. When you're incapable of ever again securing a majority government, and you can only secure 32% of the vote, life should be very difficult for you in the House.

Trudeau failed last night. He gained nothing, and risked everything.

There are better days ahead.

The fight for more freedom through less government has never been more important. If you're presently able, click to support the National Citizens Coalition.