The National Citizens Coalition is counting down the days until the next election in Ontario, when voters can finally oust the most unpopular Premier in the province’s history, Kathleen Wynne.

“There is now one year left for the Ontario Liberals until election day next June, but if Premier Wynne has any respect for taxpayers she will call an election right away,” says Peter Coleman, President and CEO of the National Citizens Coalition. “Why delay? Say goodbye today.”

With an approval rating of only 12% it is clear that Kathleen Wynne has lost the faith of the public and her mandate to continue as Premier is in question.

“The NCC has launched a billboard campaign drawing attention to Kathleen Wynne’s many failures as a leader and the urgent need for change in Ontario,” adds Coleman. “Hard-working taxpayers simply cannot afford twelve more months of wasteful spending and incompetent leadership.” 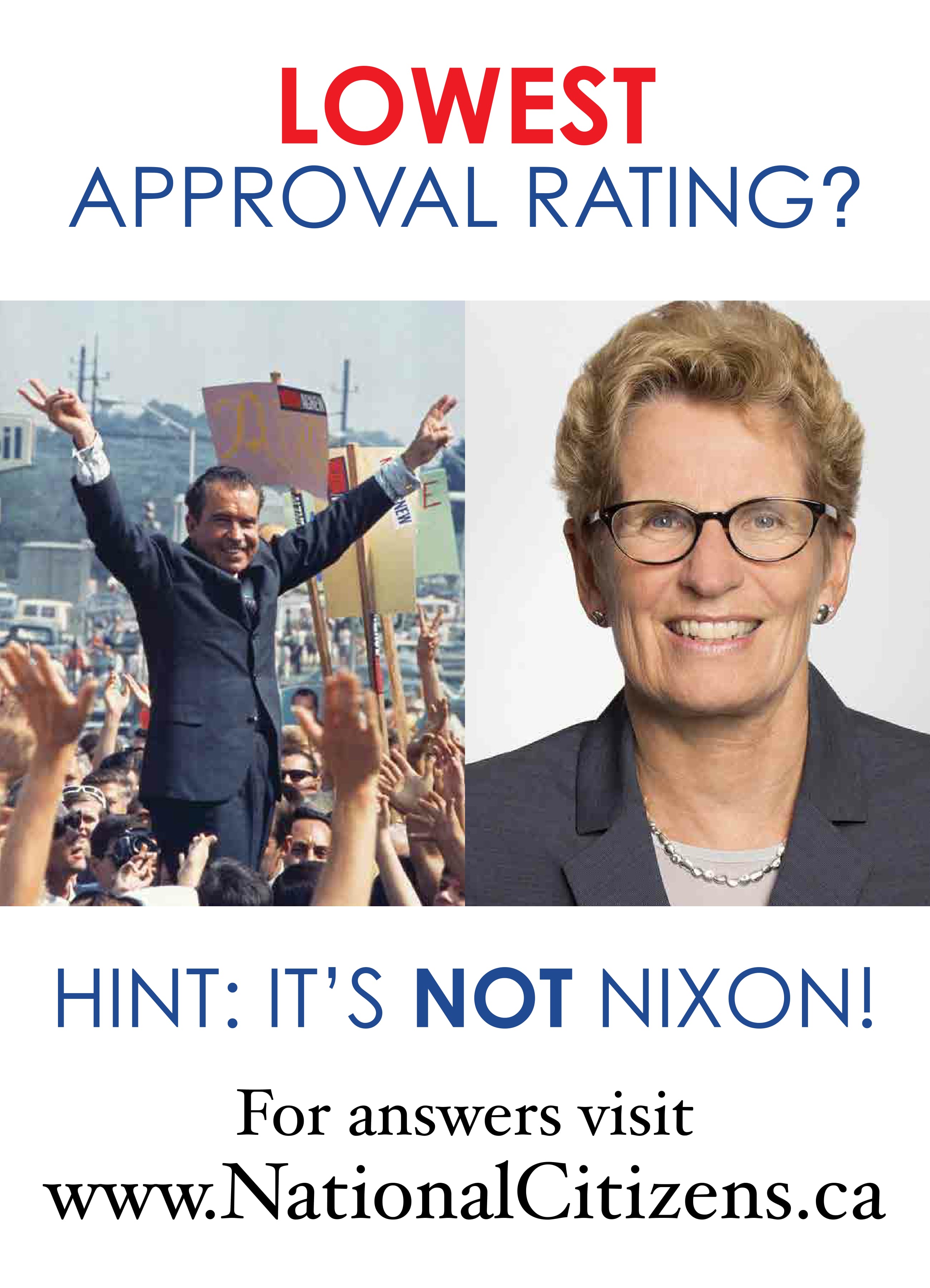