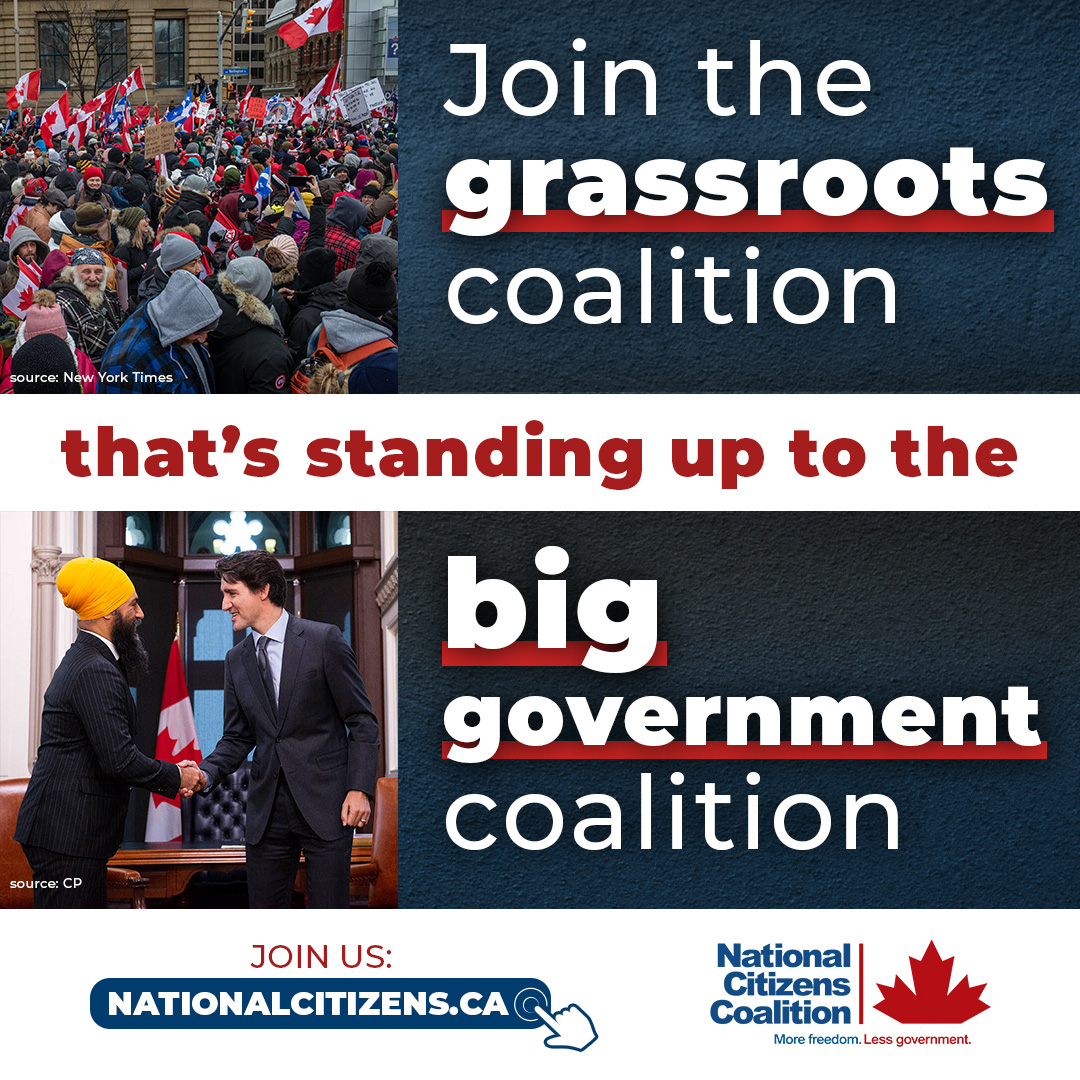 The Liberals and the NDP have formed a coalition, in order to prop up a beleaguered and increasingly-undemocratic minority Liberal government until 2025.

An overwhelming majority of Canadians did not vote for this.

An overwhelming majority of Canadians continue to reject the champagne socialist, student union politics of a modern NDP which has completely lost its way.

An overwhelming majority of Canadians no longer have any faith in Justin Trudeau, nor his designs to divide, inflate, and "reset" much of what we hold dear, all while avoiding Parliamentary accountability.

Canadians deserve far better than this dirty deal, struck only to temporarily preserve the careers of two feckless leaders.

In these tumultuous times, Canadians need a party and a House that's committed to rescuing the middle class, solving the dueling crises of gas prices and household inflation, and that will strengthen our defence commitments.

A socialist coalition only makes that worse.

At the National Citizens Coalition, we will be working harder than ever to fill in that representation gap, and to fight this reckless, unserious pairing. With major provincial battles to come, and an opportunity to chart a winning course for both working Canadian families and small-c conservative values, hope isn't lost.

This socialist coalition will fall. The division and destruction they bring will be remembered at the polls, perhaps even sooner than we think.

We're here to help make that happen, and we could use your support.

We need to fight this reckless big government coalition with a grassroots coalition of our own.

As a pioneering non-profit, we have been standing up for taxpayers since 1967. But we've never seen a dangerous pairing quite like this.

Sign below, and help us reach 50,000 signatures, so we can grow this movement, and stand up for what is right.

Thank you for standing up for Canada.

5.7k Canadians have signed to stand up to the big government coalition.