New poll results confirm the unflattering comparison of Kathleen Wynne to former US President Richard Nixon, posted on a billboard next to the Rogers Centre in Toronto.

“Nixon resigned in disgrace in 1974 during the Watergate scandal,” says Peter Coleman of the National Citizens Coalition, whose supporters mounted the message at the corner of Blue Jays Way and Wellington Street. “Kathleen Wynne has been a disaster for Ontario. She is stuck at a 15% approval rating.”

“When Nixon left office, his popularity had dropped to 24%, added Coleman. To be 10 points below Nixon is the ultimate embarrassment for a public figure” 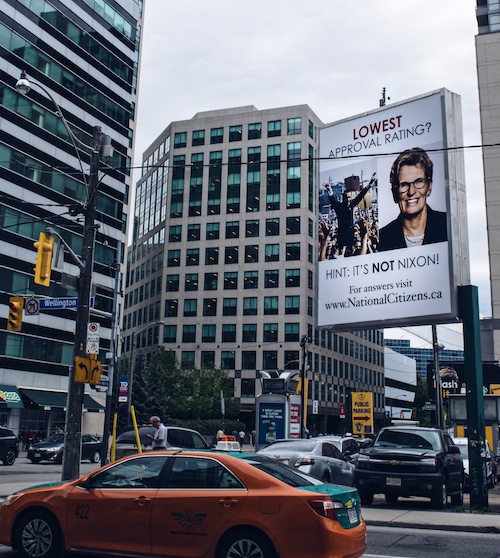