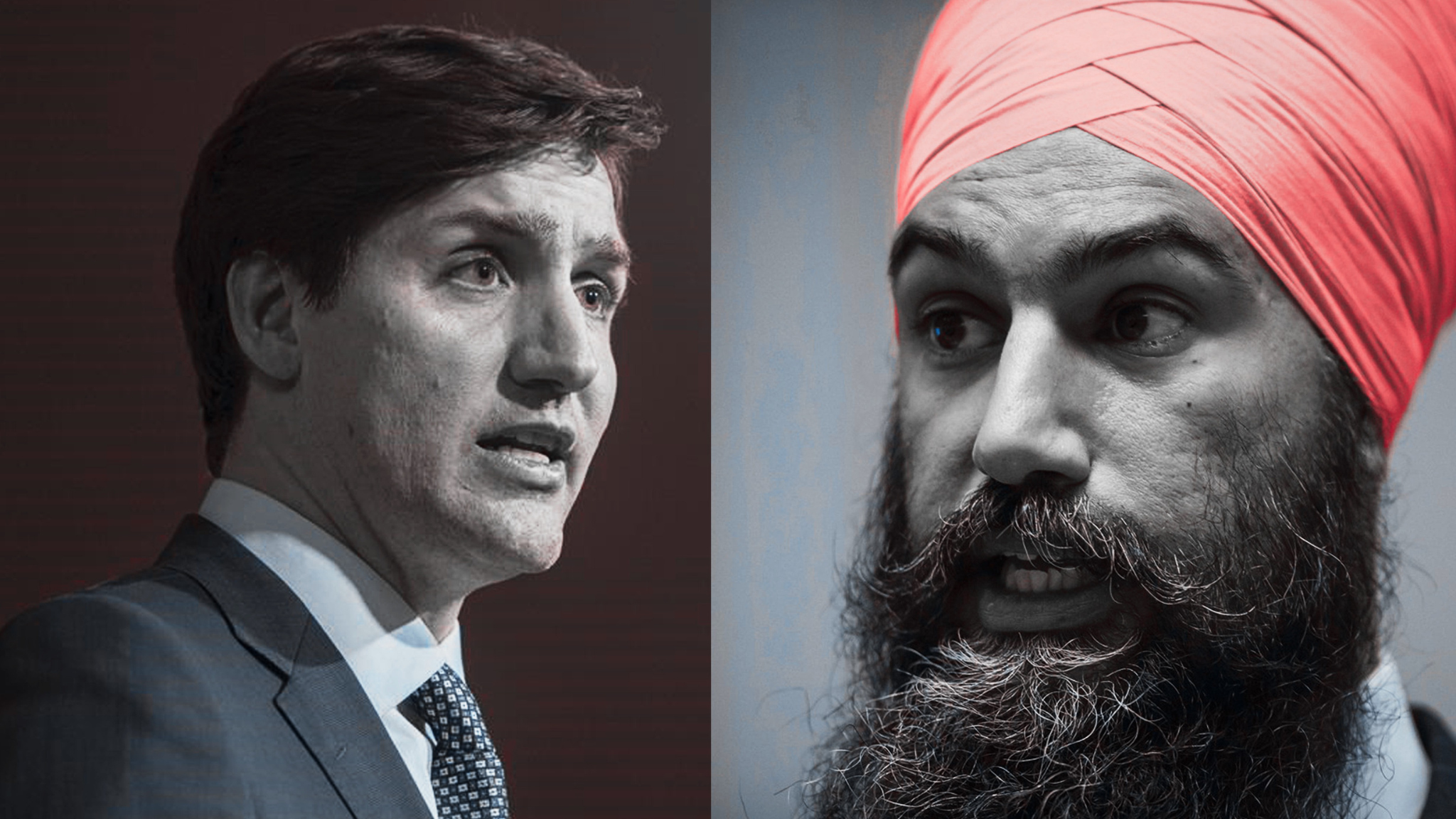 In politics, words are cheap.

Action is what matters.

So, as the Liberals and their NDP coalition partners claim to be concerned about the surging cost-of-living and the growing affordability crisis in this country, their actions demonstrate the exact opposite.

In fact, the deliberate policy choices of the Liberal-NDP coalition make it clear that they are purposely robbing Canadians of our purchasing power.

They are deliberately seeking to make you poorer.

Now, some will argue against this.

They will claim that it would be irrational for a government to want its own citizens to be poorer.

They will claim that it’s hyperbolic and hyper-partisan to claim the Liberal-NDP coalition wants to push Canadians lower down the economic ladder.

And yes, it is indeed irrational.

But that doesn’t change the truth, because it’s the Liberals and NDP who have embraced what is a deeply irrational and hyper-partisan belief system regarding the economy and the climate.

To start with, consider that even countries that spent immense amounts of money on a ‘green agenda’ such as Germany have been forced to accept that the money they spent on that was largely wasted and left them foolishly reliant upon hostile nations like Russia for energy.

Just as importantly, that energy must be cheap.

If it is not cheap, then the whole system becomes untenable.

You can’t have a manufacturing economy if it costs too much to manufacture things.

You can’t have a service economy if people can’t afford services.

And you can’t have an innovative and creative economy if everyone is reduced to short-term subsistence and desperation.

The foundation of an advanced economy is cheap energy, and there is simply no way around this.

Here is where the irrationality and hyper-partisanship of the Liberals and NDP comes into play.

We also contribute a tiny fraction of global emissions, and our emissions have been declining for years even without carbon taxes.

This means that Canada will always be a country that needs lots of energy for home heating, and lots of energy for transportation. We are also blessed to have those energy resources within our own borders, and we already extract them in a very environmentally friendly way.

Thus, Canada should in theory have a very low cost-of-living, and our leaders should easily be able to acknowledge that are already doing enough for the climate.

But rather than take advantage of this, the Liberals and NDP are actively working against it.

They are seeking to raise the cost-of-living through both demand-side, and supply-side actions.

On the demand side, the carbon tax drives up prices and reduces affordability for Canadians, thus reducing demand.

On the supply side, the Liberals & NDP remain hostile to the energy sector, hostile to pipelines, and hostile to LNG expansion (even towards Indigenous-led projects).

That can only result in Canadians being poorer.

And they are doing it deliberately.

The fact that they continue to double-down and triple-down even amid the affordability crisis tells you that we aren’t dealing with rational actors here, we are dealing with radicals who have completely given themselves over to a dangerous ideology.

And it’s not just about energy.

Just look at how long the Liberal-NDP pact supported draconian restrictions that took away our freedoms and crushed the tourism sector.

They had a chance to turn back from the brink. They could have supported a Conservative proposal to stop hiking the carbon tax and start providing real cost-of-living relief to Canadians. Instead, they chose to continue on a course that will see the carbon tax triple.

At a time when Canadians are being crushed by rising inflation, at a time when our allies are desperately begging us for affordable energy that we are fully capable of providing, and at a time when strengthening our industrial base is a national security imperative due to the potential for war, the Liberal-NDP pact is doing the exact opposite of what must be done.

As we’ve discussed before, it is essential for Canadians to understand this.

This isn’t just the usual political difference or policy debate.

Under the Liberal-NDP pact, we clearly have the latter, and this is deepening the suffering of the Canadian people.