With Canadian Values & History Under Attack, Canadian Patriots Must Fight Back 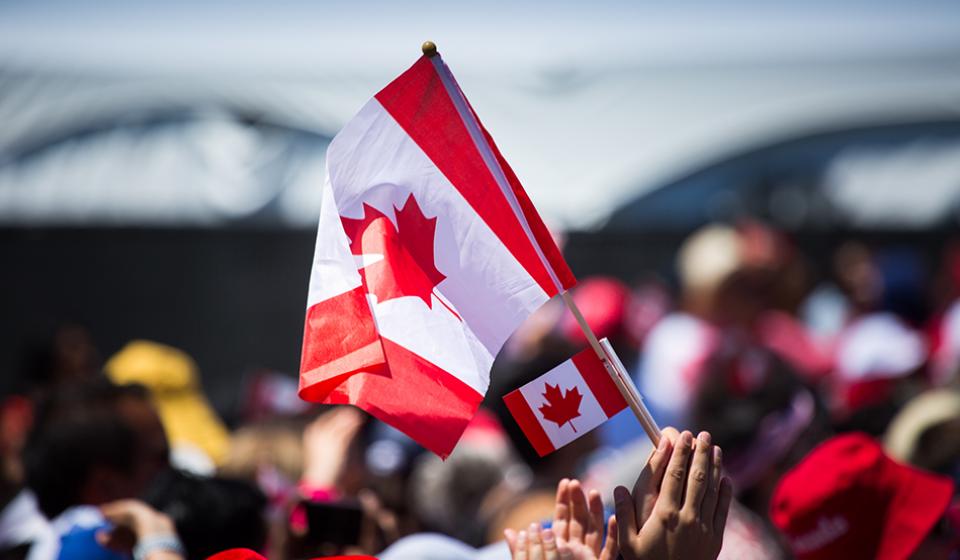 Canada has much to be proud of.

We have built a technologically advanced nation.

We have welcomed people from across the world into the Canadian family.

We have often lived up to the inheritance of western civilization and democracy that we were blessed with, building a country that offers a larger degree of freedom than almost any other nation.

We have fought on the side of freedom and justice in two world wars, and played a key role in the fight against fascism and communism.

For all those reasons and more, Canadians should feel proud of ourselves for the country we have built.

We should also feel proud of those who made all of this possible, including our first Prime Minister John A. Macdonald. If Canada is a great country today, then it couldn’t have happened without those who helped create the country in the first place. While no historical leaders look perfect in the context of the modern world, they must be judged relative to other world leaders, and in that regard, the Fathers of Confederation come out far ahead.

And yet, despite these obvious reasons to feel proud of Canada, the reality is that Canadian patriotism and history is under attack like never before.

This is an attack from within, pushed largely by radical far-left ‘academics’ who teach nothing but hatred for everything Canada stands for, demonize our history, promote communism, give a free pass to China, and seek to purposely divide everyone along race, gender, and tribe.

They have indoctrinated many, and the indoctrination continues. Many of those academics are outright communists and marxists, and are somehow allowed to push that horrendous agenda while working at public institutions largely funded by your tax dollars.

Their indoctrination creates the kind of thinking that leads a sitting PM to claim Canada is currently committing genocide, and pushes our elites to think that the brutal Chinese Communist Party is somehow a moral equivalent of our democratic allies.

It’s the kind of thinking that leads the Chronicle Herald to issue a disgraceful trigger warning about the Canadian flag, as if they should be concerned someone would be ‘upset’ by seeing the flag of our nation.

It’s the kind of thinking that leads the City of Calgary to have been fine with large protests earlier in June, while issuing a warning that Canada Day events will be “shut down.”

And it’s the kind of thinking that leads the City of Regina – in a province where Conservatives won 14 out of 14 seats, to talk about the Sir John A. Macdonald statue representing “a harmful legacy to members of our community,” and saying they are “reaching out for guidance on responding to harmful legacies.”

If a statue of John A. Macdonald can be on thin ice even in a deeply Conservative province, that tells us how far the radicals have gone in their infiltration of institutions and their growing control over the narrative.

As we watch all of this, it’s easy to think that it’s just some temporary craziness that will go away.

The radicals are seeking to rule by fear, pushing the most extreme agenda while denouncing anyone who disagrees as a ‘racist.’ They count on regular, good, patriotic Canadians like us to just hope it all disappears and ‘goes back to normal.’ While we wait, they push and push and push, seeking to overturn everything and replace it with the 'woke inquisition' of guilt, chaos, and violence.

They seek to turn patriotism into a taboo, and try to falsely convince people that Canada’s history is all bad with no redeeming qualities.

Of course, if we lose our history, if our nation is demonized, and if patriotism is demolished, then Canada’s future will be disastrous.

A country that forgets its foundation, forgets its values, and stops defending itself will soon lose that which made it special, and all those things we are proud of will not endure.

We need to stand against attempts to remove statues of our historic leaders.

We need to push back online and in person when we see people trying to divide Canada and demean our history with marxist rhetoric.

We must draw attention to the fact that all these groups pushing radical ideas don’t represent Canadian values, but in fact represent the same kind of radical leftist extremism that has led to so much destruction and violence around the world.

And we must be confident enough to recognize that we have every right to be proud of Canada and to be Canadian patriots.

On Canada Day, we must recognize that an ideological battle is underway, and rededicate ourselves to stopping the subversion of our nation. We must ensure that all we have built is not destroyed by those who hate our country.